By: Doug Oleson - Updated: 9 months ago

Hero is a word that is used so often, and so casually, anymore it’s starting to lose its meaning.
That’s not the case with Doug Wean, a true American hero if ever there was one.
In 1968, the Mt. Morris man was serving as a Navy medic with the Marines Corp. during the infamous Tet Offensive. During one particular ferocious battle, Wean risked his own life to shield the body of a fellow soldier who had been wounded. In so doing, he was hit by shrapnel, one of two times he was hit by shrapnel.
“Some of our guys got hit and I went out and got them,” he said. “It’s a simple self-less thing. They were my buddies, and if they got hit you went out and got them. We never leave our wounded or dead behind.”
For his actions, Wean was awarded the Silver Star, this country’s third-highest military honor. He also earned two Purple Hearts.
When his tour of duty was over, Wean had to fly home during the middle of the night because of what he called “rowdy crowds” that were opposed to the controversial war and often took it out on returning servicemen.
“That was common,” he said of the secrecy.
Wean was the main speaker at the annual Welcome Home Vietnam Veterans Day celebration  on March 29 at the Roberts Armory Museum, 2090 Bush Grove Road, Rochelle.
At the celebration, which was sponsored by the Rochelle Chapter of the National Society Daughters of the American Revolution, special lapel pins and certificates were presented to local Vietnam veterans as a way to thank them for their service. Veterans who served in any capacity in the military during Nov. 1, 1955 and May 15, 1975 are eligible for the honor.
“It’s nice to be remembered,” Wean said. “A friend told me ‘sacrifice means nothing without remembrance.’”
“They never were truly appreciated for answering the call to the nation’s service,” Lydia Roberts added. 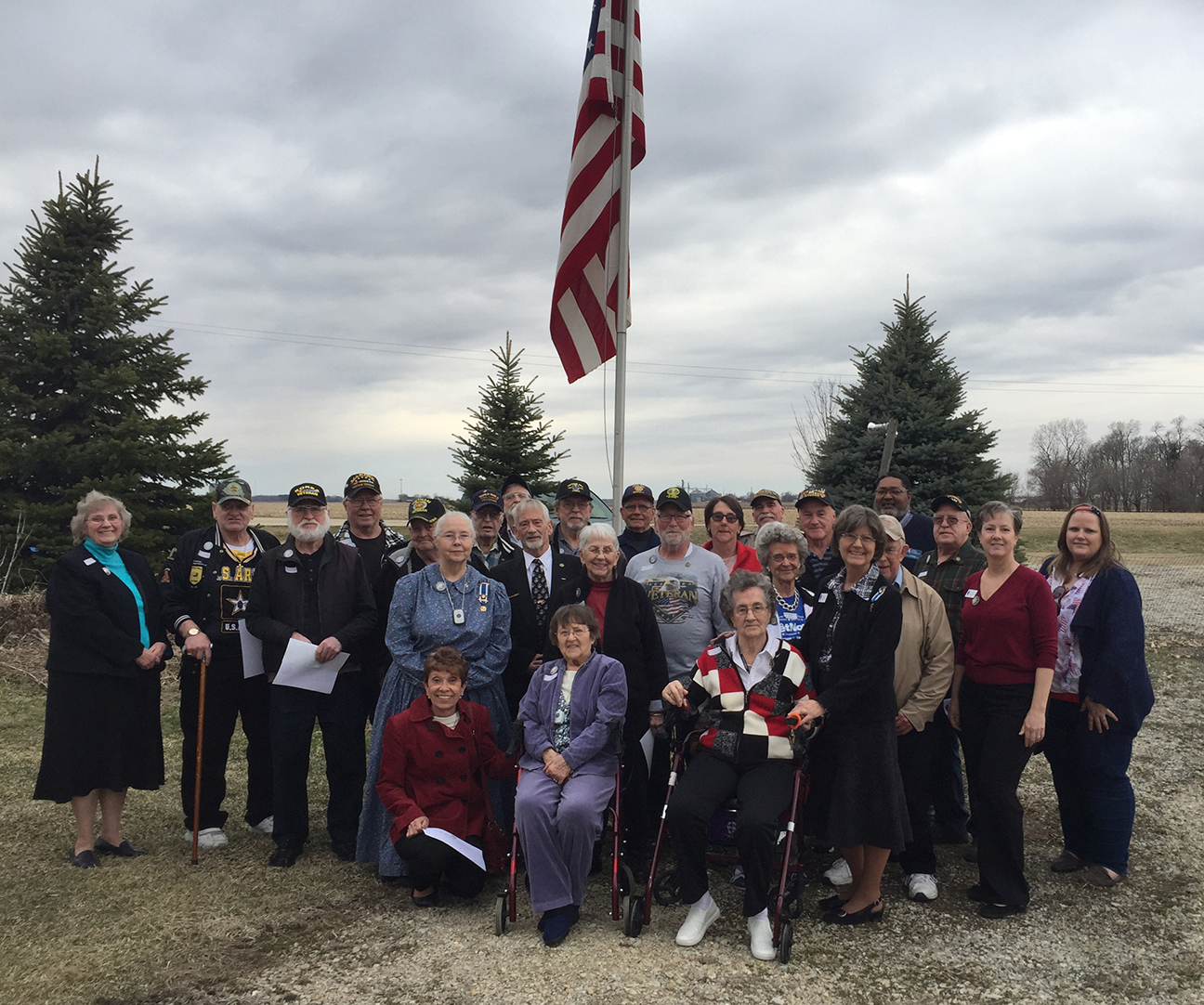 According to Roberts, co-owner of the war museum, 34 people attended the Rochelle ceremony, including 15 veterans who received the lapel. Since the museum started hosting the event in 2015, 80 Vietnam veterans have been honored.
“We were only going to do it for three years, but we enjoyed it so much, we decided to continue,” she said, adding that, as members of the Vietnam War Commemoration Chapter, they are obligated to hold two events for Vietnam veterans every year.
Roberts said the museum, which specializes in World War II equipment and memorabilia, is only open a few times a year, including Memorial Day, Heritage Festival and the Sunday before Veterans Day. It is also open for very special occasions, such as Vietnam Veterans Day, the Boy Scouts, school outings and for local veterans.
Charles Roberts, who served in the military himself, said they opened the museum in 2009.
“This is kind of a new day,” Wean said of the Vietnam War Veterans Day. “It keeps expanding.”
For him, the day has an even more special meaning. As he explains it, March 29 – the day officially designated by Congress for the event – is also his birthday.
Weans, who worked for the V.A. Hospital for 36 years, is next scheduled to speak for the Rochelle American Legion at the Iron Skillet on June 12.