By: Russell Hodges - Updated: 11 months ago

Caleb Gould played in 30 games for the Kishwaukee College program, averaging 13.9 points on 39.2 percent shooting and 36.9 percent shooting from 3-point range. He also totaled 4.0 rebounds and 3.5 assists per game while shooting 81.8 percent from the free-throw line. Gould played four years of varsity basketball at Rochelle Township High School, where he scored over 1,000 points, reached the State 3-Point Shootout and earned All-Conference honors.

“The season went pretty well,” Gould said. “I think I improved my strength and my basketball IQ. Spending time in the weight room definitely helped. I learned more about the game, which helped me since college basketball is different from high school basketball. I enjoyed being around the guys, and they were a great group of teammates.”

Gould scored a career-best 40 points against Highland Community College on Feb. 14. The 6-foot-2 shooting guard finished his sophomore season with five 20-plus scoring games, and he grabbed a season-high 12 rebounds against Harry S. Truman College on Feb. 23. With his athletics and academics at Kishwaukee College now over, Gould will be studying at Liberty University to complete his education in either aviation or business. 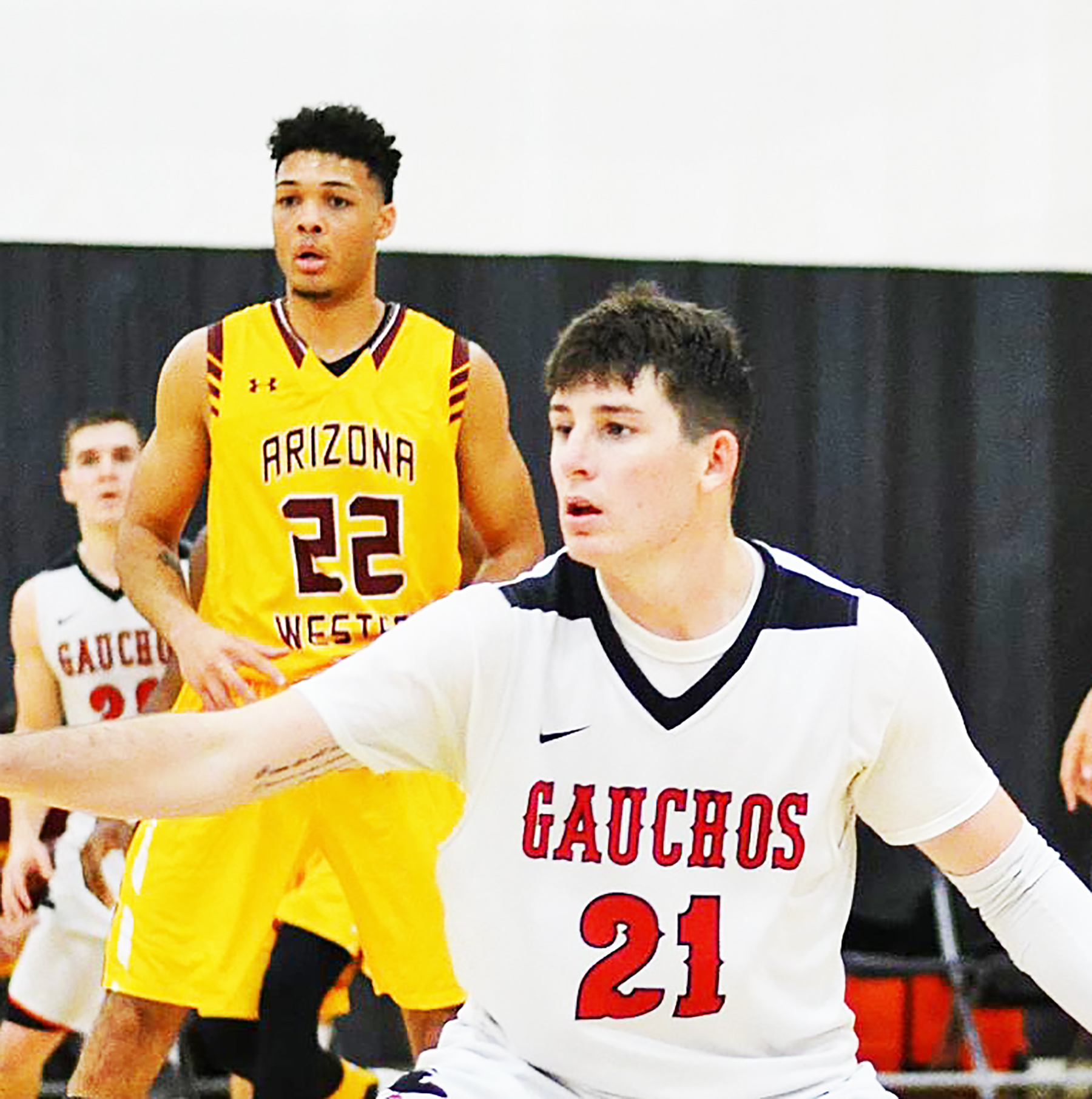 Landon Griffith played one season at Kishwaukee College before transferring to Glendale Community College in Arizona for his sophomore campaign. Griffith appeared in 30 games for the Gauchos, averaging 10.8 points and 4.1 rebounds per game while shooting 41.1 percent from the field and 39.4 percent from 3-point range. Griffith and Gould helped lead Rochelle to 20 wins during the 2016-17 season.

“My year at GCC was a lot of fun,” Griffith said. “I was blessed to have such a great group of teammates… We made a huge impact on the program by making the playoffs this season after the team had a rough season last year. I improved my 3-point shot and coach [Guy] Meyer worked with me a lot during the summer to help me become more of a perimeter player. Spacing was a huge key to the GCC program and we loved to play fast and run.”

Griffith scored a season-high 20 points in a victory over Phoenix College on Nov. 20. The 6-foot-2 shooting guard totaled 17 double-digit scoring performance this season, averaging 13.7 points per game between Nov. 20 and Jan. 12. While Griffith has been in contact with several schools, he said he’s still undecided about his future athletic and academic endeavors.