Hub seniors to reunite with Kougars

Two more Rochelle Township High School basketball players will be continuing their academics down the road from the Hub City and taking their athletic talents to the next level.

Seniors Austin Brown and Seth Gould each signed letters this week to play basketball for the Kishwaukee College program next year, reuniting with senior teammate Landan Martin, who signed his letter last week. Brown was both the RTHS Defensive Player of the Year and an Interstate 8 All-Conference Honorable Mention this past season, leading the Hubs in assists and scoring a career-high 28 points in the IHSA 3A Regional Championship against Geneseo.

“It’s another opportunity for me to play basketball at a higher level,” Brown said. “Kishwaukee College is an affordable school and it’s great to have a quality program so close to home. RTHS taught me how to play the game at a faster pace and stay calm under pressure. I think both of those skills will help me transition to the college level and be successful.” 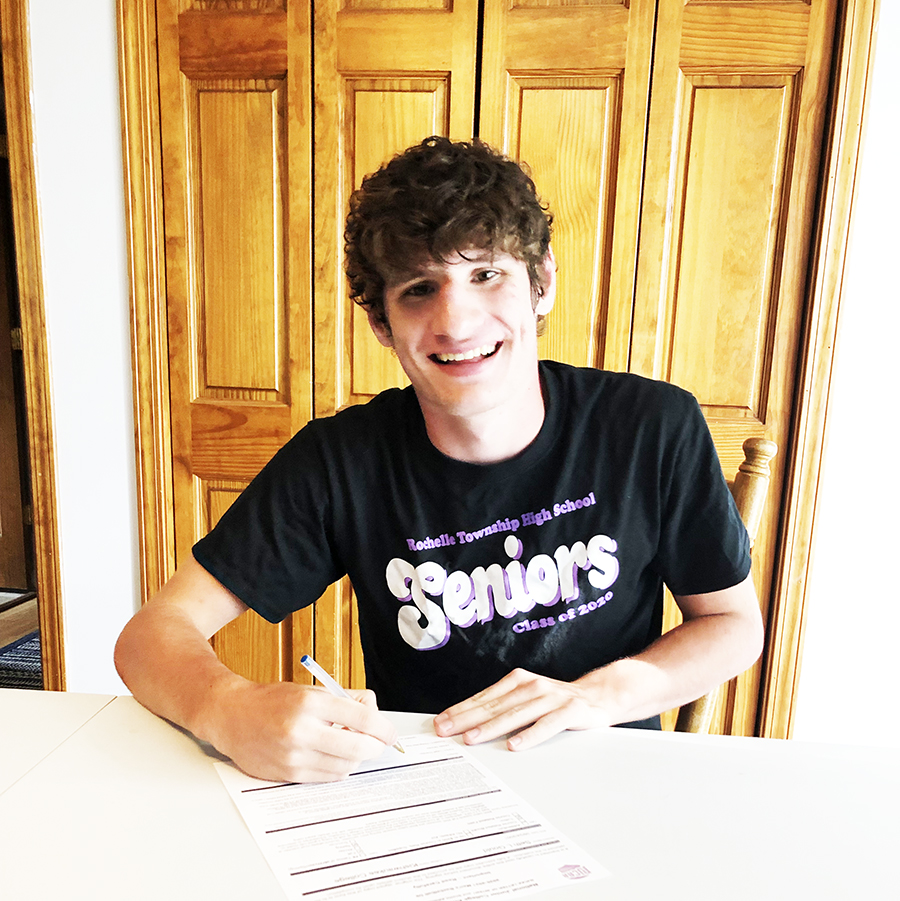 Gould spent three seasons on the varsity team, earning Academic All-Conference honors and the RTHS McFadden Award his senior season for his leadership and sportsmanship with the program. Gould, whose older brother Caleb played two seasons at Kishwaukee College and was a leading scorer for the Kougars, shined during the regional tournament with a 24-point performance to lead the Hubs over Sterling for the first time in five years.

“My brother told me that he had a great experience at Kishwaukee College,” Gould said. “I’m looking forward to playing with new teammates. Playing for RTHS taught me to trust the process, and I learned that, regardless of what our record is, the season can always change and we can come back from any situation. I’m looking to pursue an education in computer science.”

Both players spent two years with the sophomore team, guiding the Hubs to a 21-5 record during the 2017-18 season. As upperclassmen, Brown and Gould were both two-year varsity starters, leading the Hubs to a 20-12 record and third place in the Interstate 8 this past winter.

“Austin was fantastic all year for us,” Rochelle head coach Tim Thompson said. “He was our glue player on defense and he made us go on offense. He had a tremendous championship game against Geneseo… Seth was a mismatch for so many teams because of his ability to take big guys off the dribble and score against smaller guys. He played his best basketball down the stretch, and he was a great defender and rebounder for us.”