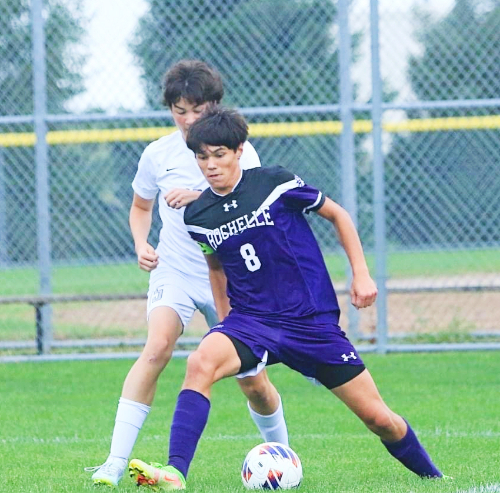 “It feels great to know the coaches really valued the work I did for our team,” Whitehead said. “I feel that my biggest improvement was definitely my confidence. I think my dribbling, passing and tackling improved greatly and I went away from almost every game satisfied with the way I played. I really enjoyed getting to represent my school. I’d never felt so much pride for a team as I did when I was wearing purple and white. I’ll miss all of the different personalities on our team.”

Harding started at center back for the Hubs this season, leading the Rochelle defense while chipping in one goal and four saves along with three shots, two shots on goal and one corner kick. Harding was an Honorable Mention All-Conference honoree during his junior season.

“I’m extremely honored to have been awarded All-Conference,” Harding said. “I feel that it proves my effort was worth it. I felt that I improved overall, but my communication improved the most and I felt that I could control the game with just my words. I’m very proud of how we played this season and we played some amazing soccer. I’ve made irreplaceable memories during my four years with the Rochelle soccer team. These guys are my brothers to me no matter what.” 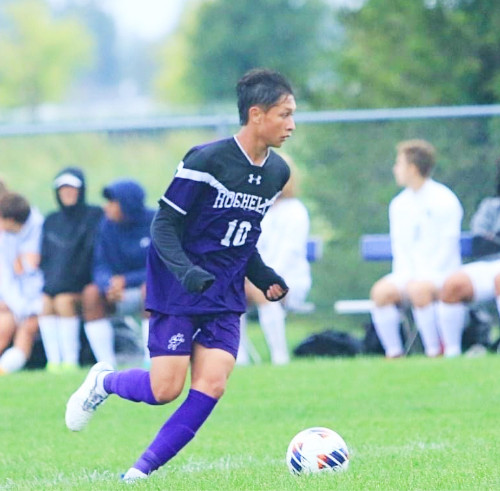 Montano paced the Rochelle offense in the midfield, totaling a team-leading eight assists with one goal for the Hubs, who finished with an 11-9 overall record and a 5-2 record in the Interstate 8. Montano also led Rochelle with 53 corner kicks and ended with only three fouls committed.

“I felt like I improved so much this season,” Montano said. “I was scared to play over the last three seasons and I would panic with the ball, but that changed this season. I enjoyed playing for our team and getting to know everybody. This was the best team I played for in high school.”