By: Russell Hodges - Updated: 4 weeks ago

Walters led Rochelle in several statistical categories, totaling a team-high 15 goals while finishing first in shots (41) and shots on goal (28). The senior midfielder, who tied for second on the Hubs with five assists, will be playing collegiately at Carroll University next year.

“I think I deserve All-Conference because I put in a lot of work during quarantine and over the offseason,” Walters said. “I think I was much better in finishing my chances this season.” 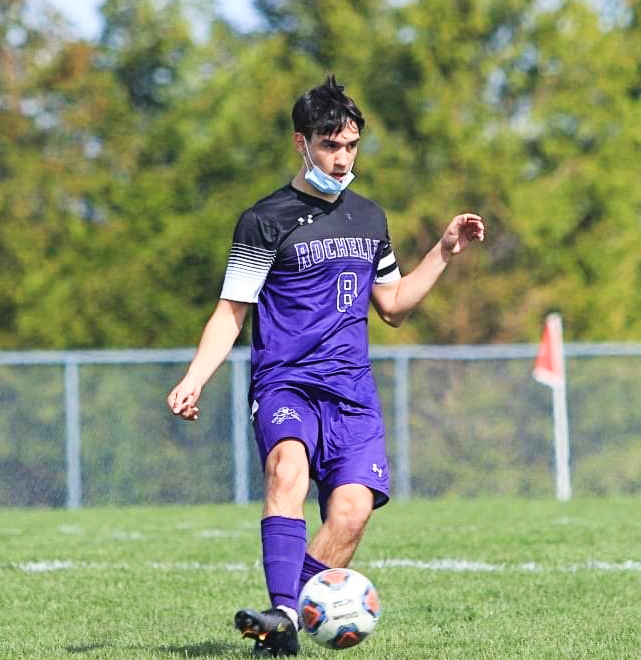 Hurtado spent time at forward, midfield and defense for the Hubs, finishing with four goals, 12 shots and 10 shots on goal this season. Hurtado and Walters, who were each Honorable Mentions last season, helped lead Rochelle to third place in the Interstate 8 this season.

“It’s something I wouldn’t have accomplished without my teammates and coaches,” Hurtado said. “I owe it all to them and I thank them for making me step out of my comfort zone. I feel great because I know it’s also thanks to my hard work. I felt that I improved my communication and I obtained a better understanding of the game. I also felt that the seniors and I helped the younger players so they could continue to grow. I’m excited to see what they do in the future.” 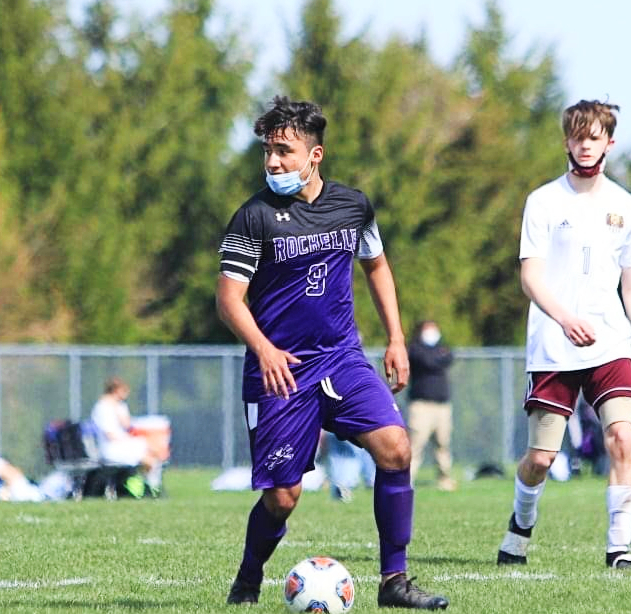 Whitehead started at center back for the second straight season, leading a Hub defense that limited opponents to 3.6 goals per game. Whitehead earned captain’s honors for the first time this season, and he’ll be one of the varsity team’s leading returners on the field next season.

“It’s definitely a big moment for me because I worked hard this season and it’s definitely redeeming to have my hard work recognized,” Whitehead said. “I was a lot more satisfied with my performance this season as well as my fitness levels during games.”