ComEd intervention on city's transmission sale has cost Rochelle over $300,000

ROCHELLE – At the request of Representative Tom Demmer (R-Dixon), the Illinois House of Representatives’ Cities and Villages Committee held a subject matter hearing yesterday on ComEd’s efforts to block the sale of electric transmission lines owned by the Rochelle Municipal Utility.  City leaders testified that the delay in closing the transaction has cost Rochelle more than $300,000 to date.

Rochelle’s Mayor, City Manager and more than a dozen civic leaders traveled to Springfield to attend the hearing and ask State legislators for their help in bringing attention to the issue.

“I’ve been pleased to be supportive of [Rochelle’s] efforts because I think they went about it in the right way, followed the right regulations and laws they are supposed to, and made the decision that was ultimately in the best interests of their community…” said Rep. Tom Demmer (R-Dixon). “I think this is an important issue and certainly is one that is close to me..."

In 2017, the City of Rochelle conducted an RFP process and completed an agreement to sell electric transmission lines to NextEra Energy Transmission MidAtlantic for approximately $13 million.  An administrative law judge and staff from the Illinois Commerce Commission (ICC) reviewed the buyer’s proposal to operate the transmission lines and recommended that the ICC approve it. At the last minute, ComEd intervened to block the sale.  The ICC granted ComEd’s request and the close of the transaction has now been delayed more than six months.

City leaders testified that during the months of delay, ComEd sought to harass the City of Rochelle by submitting 40 FOIA requests to the city and a subpoena for privileged information.  ComEd representatives also improperly contacted city officials, by phone and in person, in an attempt to pressure the city to change the outcome of the RFP process.

"After a competitive RFP process in which ComEd and several other bidders participated, Rochelle chose to partner with nationally recognized transmission company.  Unfortunately, this decision has led to continuous ComEd contact to our staff, elected officials outside of the RFP process,” said Rochelle Mayor Chet Olson.  “Also, it has caused delays and frivolous legal challenges from ComEd that have cost our citizens more than $300,000 so far.  This is an issue that threatens our cities rights and the rights of municipalities across Illinois".

The transmission line sale would have provided critical funding for downtown revitalization that the Rochelle Chamber of Commerce has been involved in planning for years. “We expected to be able to invest the economic development dollars and a portion of the franchise fee into Rochelle’s downtown revitalization plan, said Rochelle Chamber president Tricia Herrera.  “But because the transaction has been delayed, the plan to revitalize our downtown is on hold again.”

ComEd’s intervention has prevented the sale proceeds from benefitting the Rochelle Municipal Utility, which hampers the City’s ability to upgrade its electric infrastructure and attract new businesses.  “To bring new businesses to Rochelle, we need to provide reliable electric service and the ability for our municipal utility to upgrade our infrastructure,” said Noah Carmichael of the Greater Rochelle Economic Development Corporation.  “Simply put, this type of upgrade is vital to our future and until this transaction closes, we’re missing a critical tool in our economic development toolkit.”

The Rochelle Chamber of Commerce urges residents to visit protectrochelle.com to learn more about the issue and sign a petition in support of Rochelle. 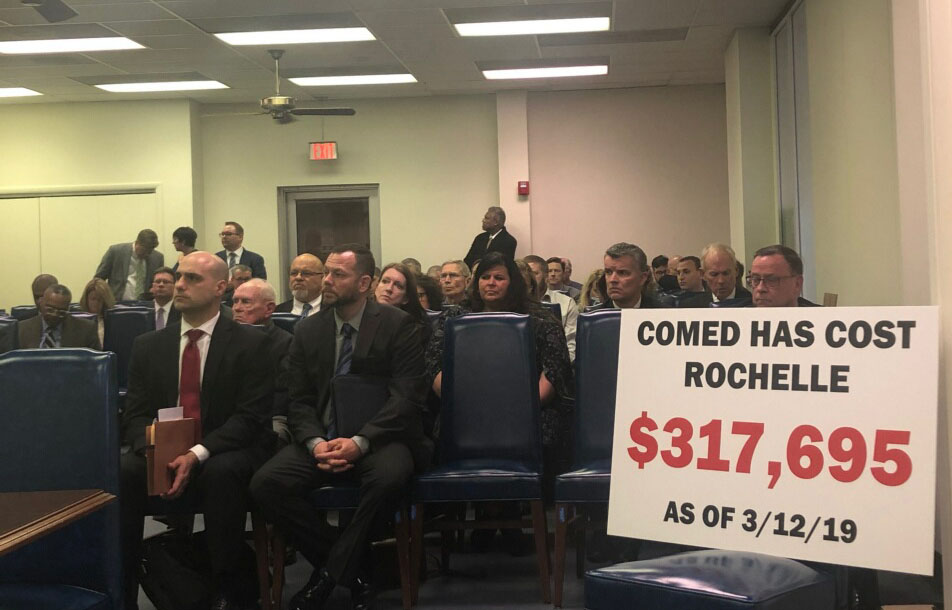 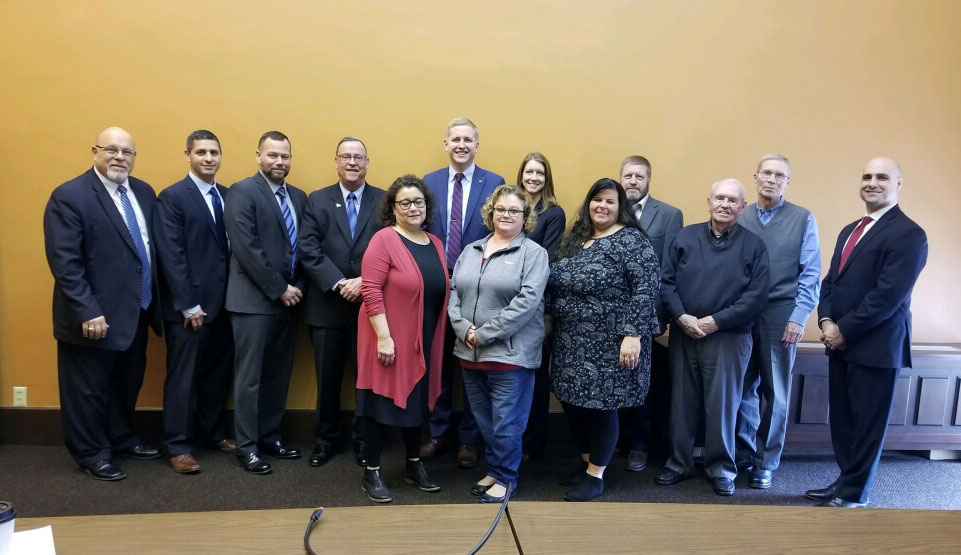