ROCHELLE — The Rochelle Township High School cross country program will be returning both of its High Point Award winners and one Most Improved Runner Award winner next season.

Junior Sara Johnson received the Lady Hub High Point Award for the 2020 season. Johnson opened her third varsity season with a victory at the four-team meet with Genoa-Kingston, North Boone and West Carroll at Walcamp Park. Johnson finished as Rochelle’s top female runner in nearly every meet this fall, recording three race victories along the way. Johnson also qualified for the IHSA 2A Sectional Series for the third consecutive season.

“I’m honored to have been able to help my team throughout the season,” Johnson said. “I’m thankful for the opportunity to compete this year, even though our meets were a lot different. I really enjoyed getting out and running. This award motivates me to be a better runner, not only for myself, but also for the team. It will provide me with a goal and a starting point next year.”

Sophomore Yuelma Ortiz earned the Lady Hub Most Improved Runner Award after emerging as Rochelle’s second-fastest female this fall. Ortiz led the Lady Hubs with the team’s fastest time against Sycamore and Morris and her highest finish was second place against LaSalle-Peru. Ortiz set her season-best time at the IHSA 2A Belvidere Regional, clocking in at 22:15.50.

“I was really surprised when I got the award because I felt like my other teammates worked as hard as I did,” Ortiz said. “This award motivates me to keep training during the winter and to work harder so I can reach my goals. I thought I ran well overall this season. I probably could’ve improved much more over the summer if it weren’t for quarantining. I want to improve my times next year and I want to maintain a better place during each of my races.” 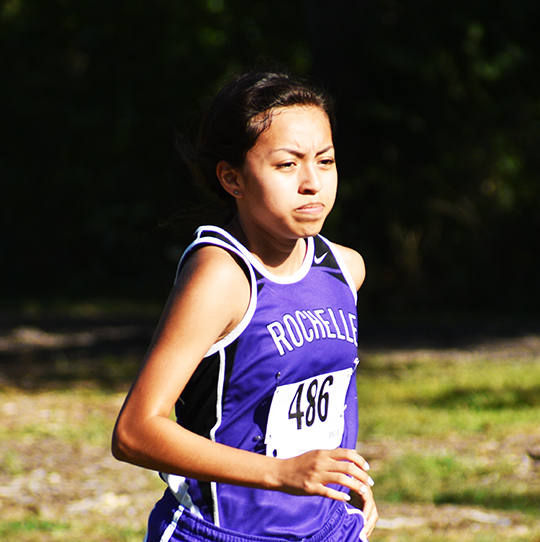 The Hubs carried several upperclassmen this season, but sophomore David Wanner walked away with the Hub High Point Award after a strong finish at the Belvidere regional, where he ran a personal-best time of 18.31.8. Wanner recorded two top-10 finishes in fresh-soph races including the Interstate 8 Conference Championships, where he led the Hubs to third place.

“I’m surprised that I received the award as a sophomore,” Wanner said. “I know that I was really close with Aiden [Seldal] in terms of points and I think that formed a competitive battle for first in every race and pushed each of us to work harder. Knowing that I’m one of the top runners on the team will help me to push harder on the workouts to try and stay on top.” 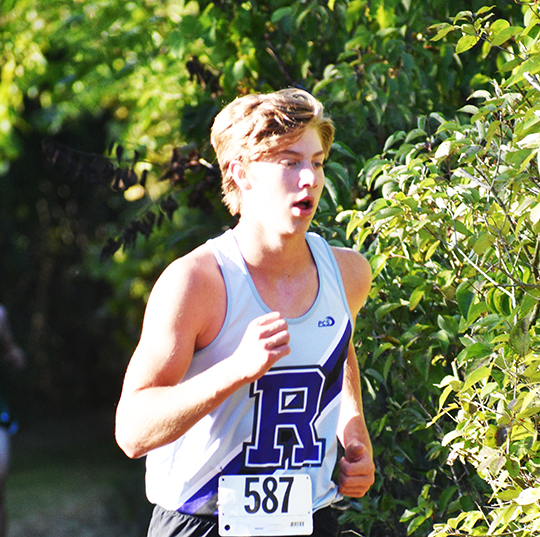 Senior Hayden Smith took home the Most Improved Runner Award for his tremendous growth throughout the fall. Despite not running cross country until his senior year, Smith knocked several minutes off his personal-best time, finishing the season with a 19:59.9 at the Belvidere regional. Smith ran well over 24 minutes in Rochelle’s season-opener against Ottawa.

“I’m absolutely honored to receive the award,” Smith said. “I’m extremely happy to know that my coaches saw that I have become an excellent runner. My motivation came from most of my teammates. They were always there to cheer me on when I was hurting and I needed support.”
Three cross country runners received Academic All-Conference recognition from the Interstate 8 including Emily Garcia, Peter Forsberg and Smith. Three more runners took home All-Conference Honorable Mentions including Josue Huerta, Faith Lohse and Aiden Seldal.