BLOOMINGTON — Hundreds of spectators looked on from their seats inside the Grossinger Motors Arena as the lights dimmed and the Rochelle dance team took the floor Friday afternoon for its preliminary performance at the IHSA State Championships.

Dancing to the song “Heart Cry” by EDM artist Drehz, the Chellettes nailed their nearly three-minute lyrical jazz routine, scoring more points (88.12) than they have during any competition this season. The pressure of performing at the state championships didn’t faze the girls, who qualified for the finals in fourth place out of 30 schools in Class 1A. It was Rochelle’s best state prelim score since 2013, when the Chellettes qualified in second and finished fifth overall.

“We were all really happy and I think most of us were amazed how well we performed,” junior Makaila Crump said. “We were really happy because of how much work we’ve put in this season. It was really shocking to find out how we did the first day… Overall, we felt like we performed better than we did at sectionals, and that was a relief to us.” 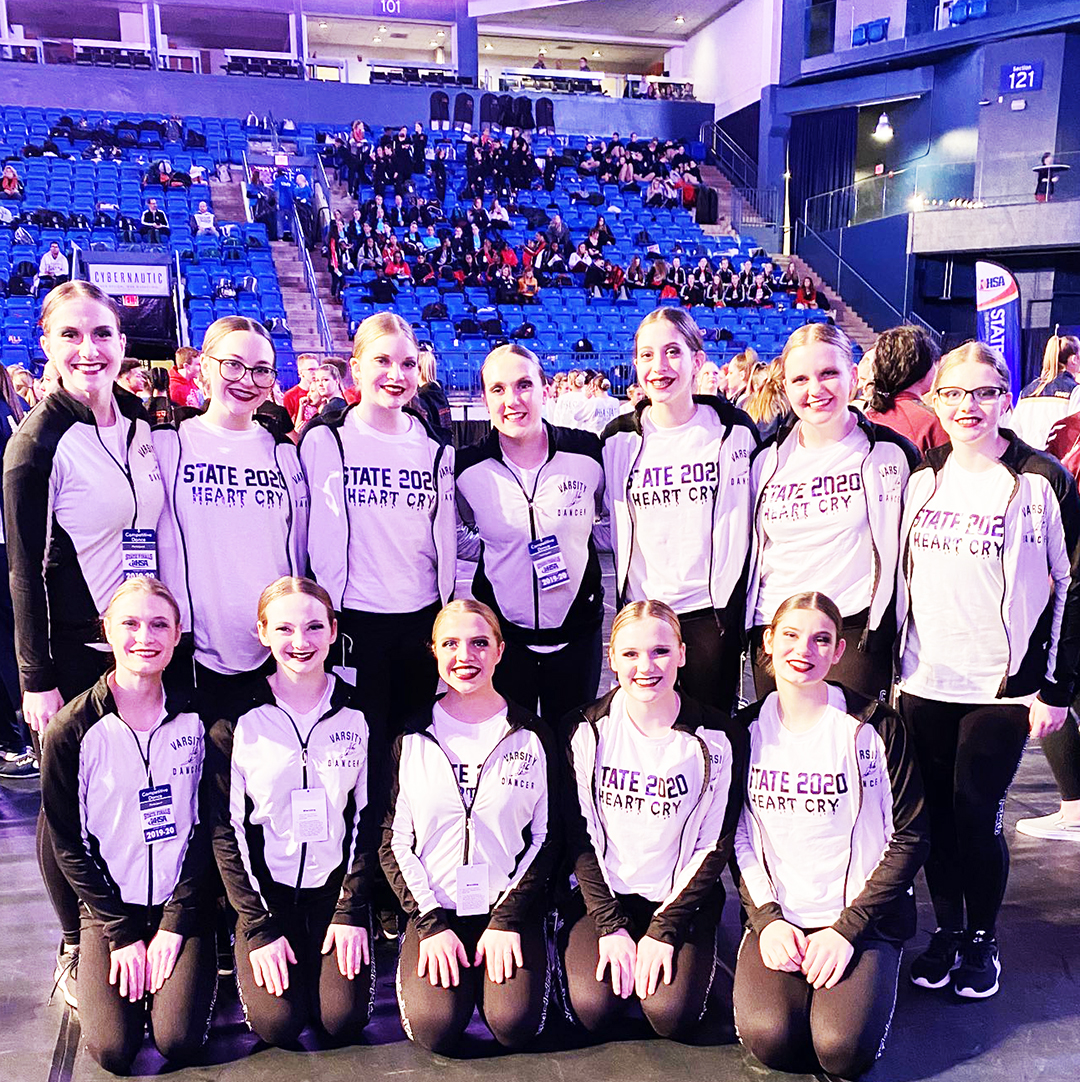 The Rochelle dancers returned to the Grossinger Motors Arena for the 1A finals on Saturday, when the Chellettes scored 85.44 points to place sixth out of the 12 qualifying schools, landing only one place behind the best state finals finish in school history. The state championships capped off an impressive season for the Chellettes, who placed second in the 1A DeKalb Sectional and took fourth in the Interstate 8 Conference Championship.

“We didn’t think we were going to make it to the second day, so it was crazy when we found out we got fourth in the prelims,” junior Jessica Vagle said. “It was a really fun weekend. It was bittersweet because we knew that the first day could be our last time performing as a team, but we’re happy that we were able to make it as far as we did.”

Friday and Saturday marked the sixth time over the last eight seasons that Rochelle has performed at the IHSA State Championships. With only two seniors (Erin Decker and Sarah Dreska) graduating from RTHS this year, the Chellettes are optimistic about the future of their dance program, and they’ll be aiming to perform even better next season.

“I think knowing it was our last time performing together really pushed us,” sophomore Jasmine Sarabia said. “There’s a very good outlook for us next year because we start training again in April and we’ll train through this time next year. I think we’ll be really good next year.”

“I’m really proud of how far the girls have come,” head coach Kass Smith added. “We worked really hard over the last two weeks to clean up the routine and really project our performance, and I think that’s what allowed the girls to go so far. We weren’t expecting to move on to the finals, but when our name was called, we all screamed. It was such a great experience for us, and now we have our goals for next year.”