Ringland-Johnson Construction Superintendent Tim Daley said earlier this week that the project remains on track for substantial completion by the end of next month. Basketball hoops, windows, scoreboards and a walking track curtain have recently been installed inside the fieldhouse, while the artificial turf is scheduled to be placed in early September. 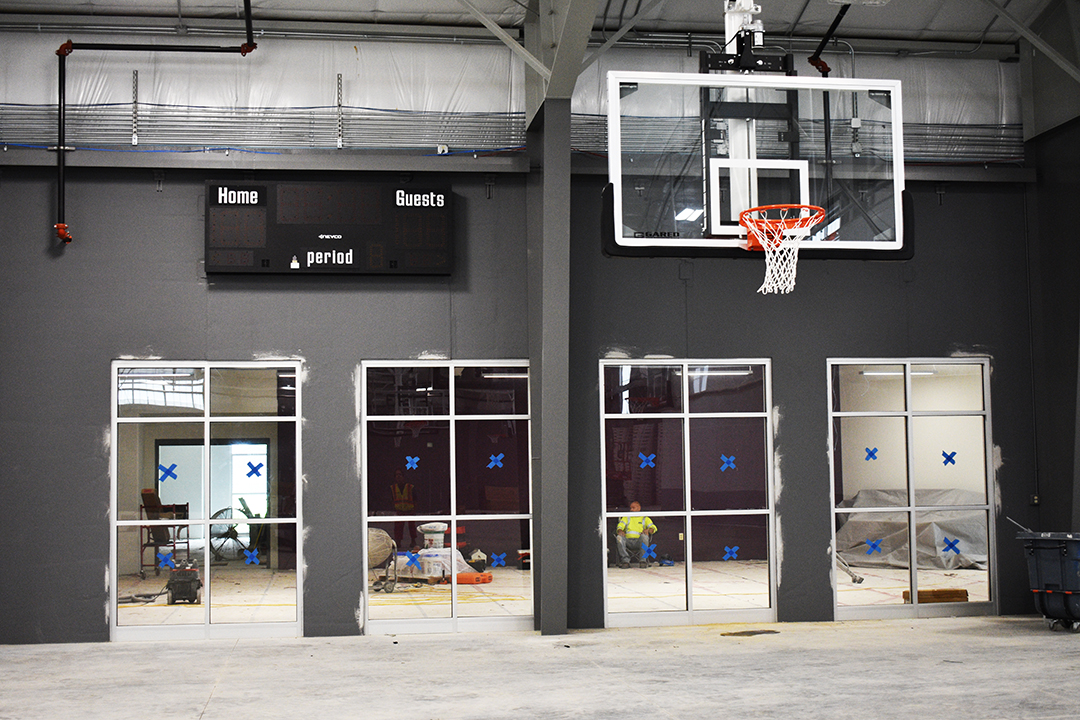 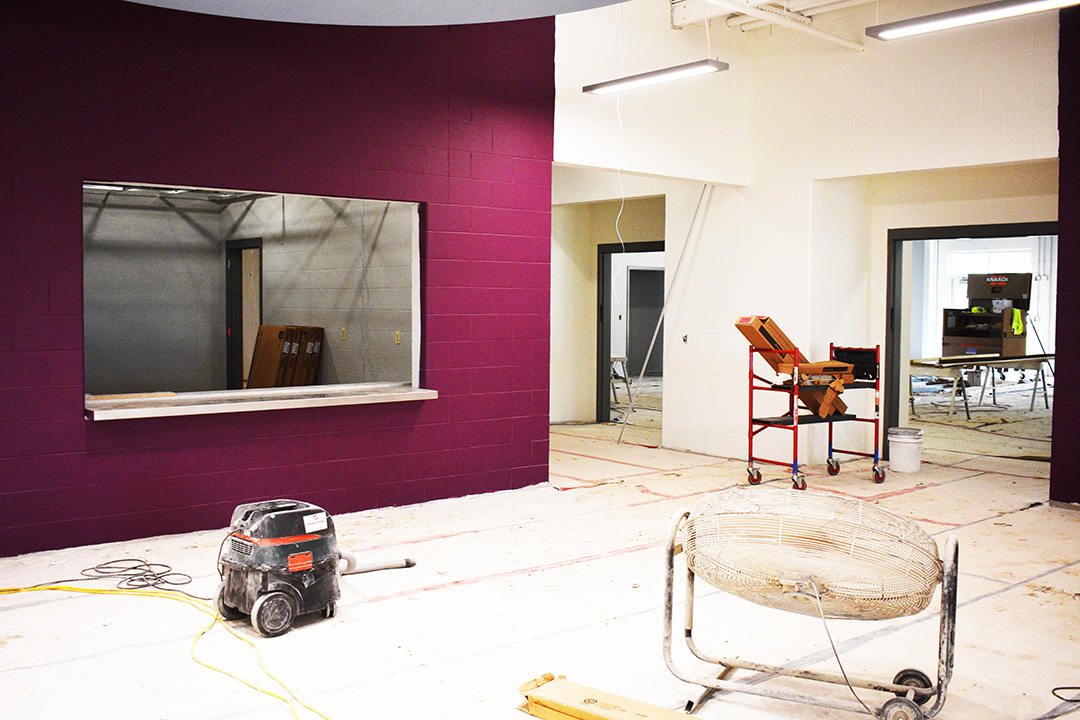 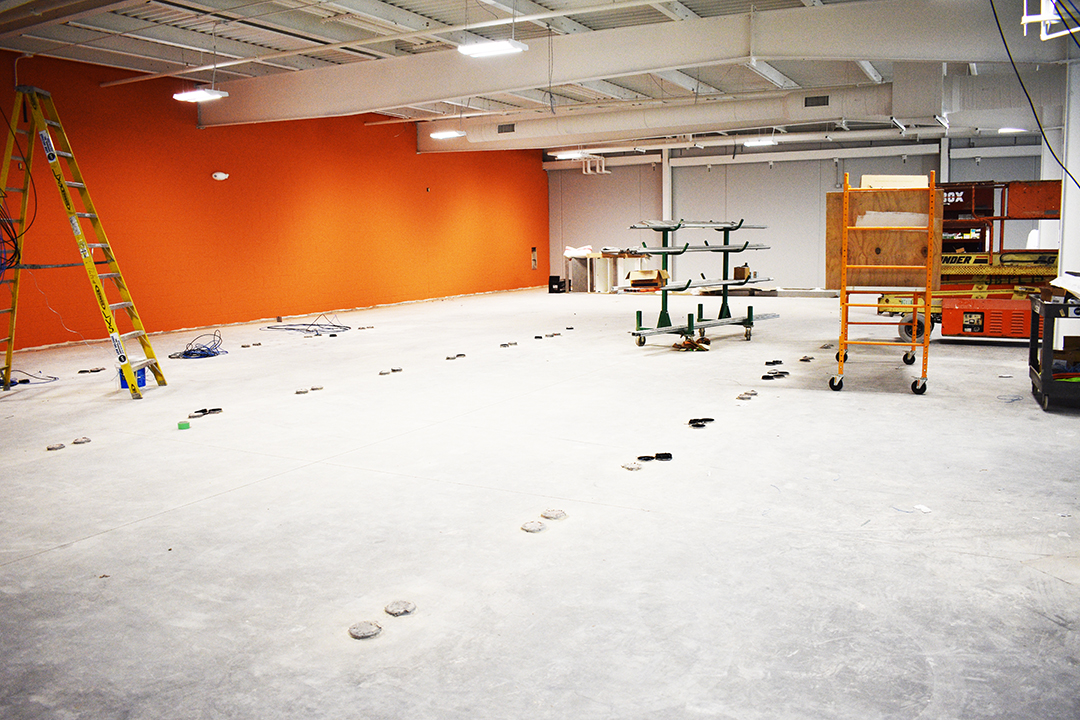 “All the gym equipment should be installed before the end of next week,” Daley said. “Flooring is scheduled for Oct. 3 and the park district will be putting the turf down in the second week of September. We’re down to trims and ceiling work inside the community center as well as fixtures and other finishes. I expect the community center to be wrapped up in 2-to-3 weeks. Flooring and equipment inside the fitness facility will be put in after substantial completion.”

Drywall, insulation, plumbing and electrical work on the north end of the building has largely been completed, and workers have begun painting and installing cabinets and other office equipment throughout the facility. Outside the facility, Daley said the next major phase of construction will involve clearing and paving the parking lots on the north and south ends.

“We’re right where we need to be as far as our schedule goes,” Daley said. “We’re getting ready to start pulling up all of the exterior asphalt to pour new concrete and asphalt. We have about six weeks to go before we hit our substantial completion date at the end of August. We’ll start the parking lots after we install the storm drain, and pulling up the blacktop will take about 3-to-4 days. We’ll then layout the curbs, gutters and sidewalks before we prep for the new asphalt... We’re thinking we’ll need about four weeks for that whole process.” 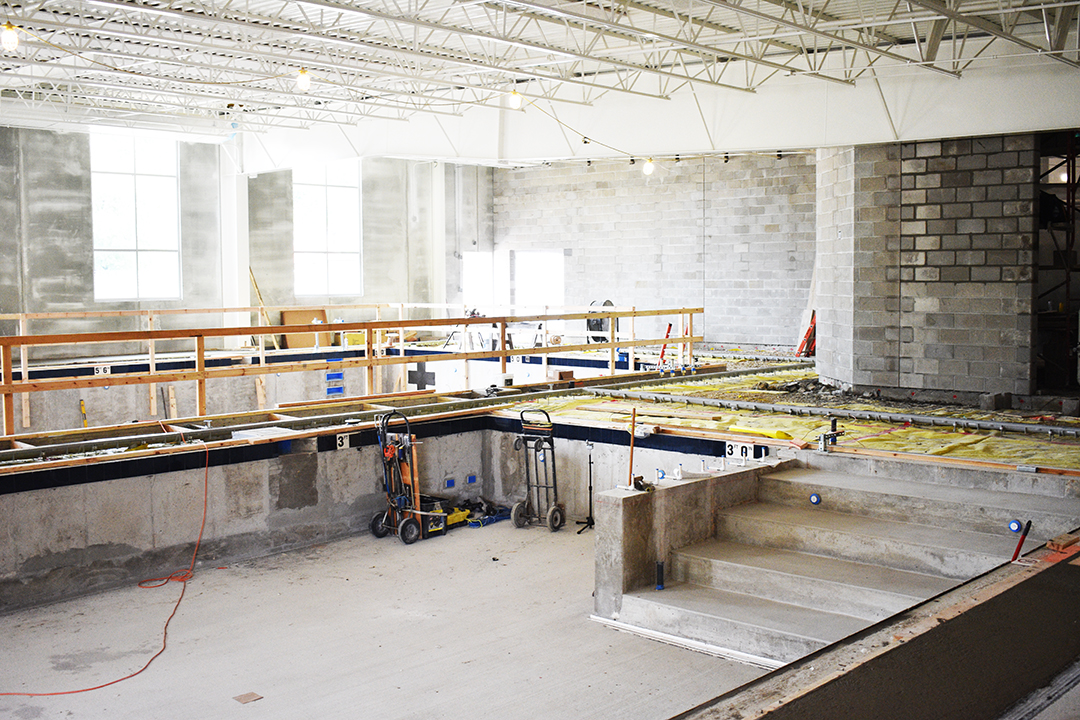 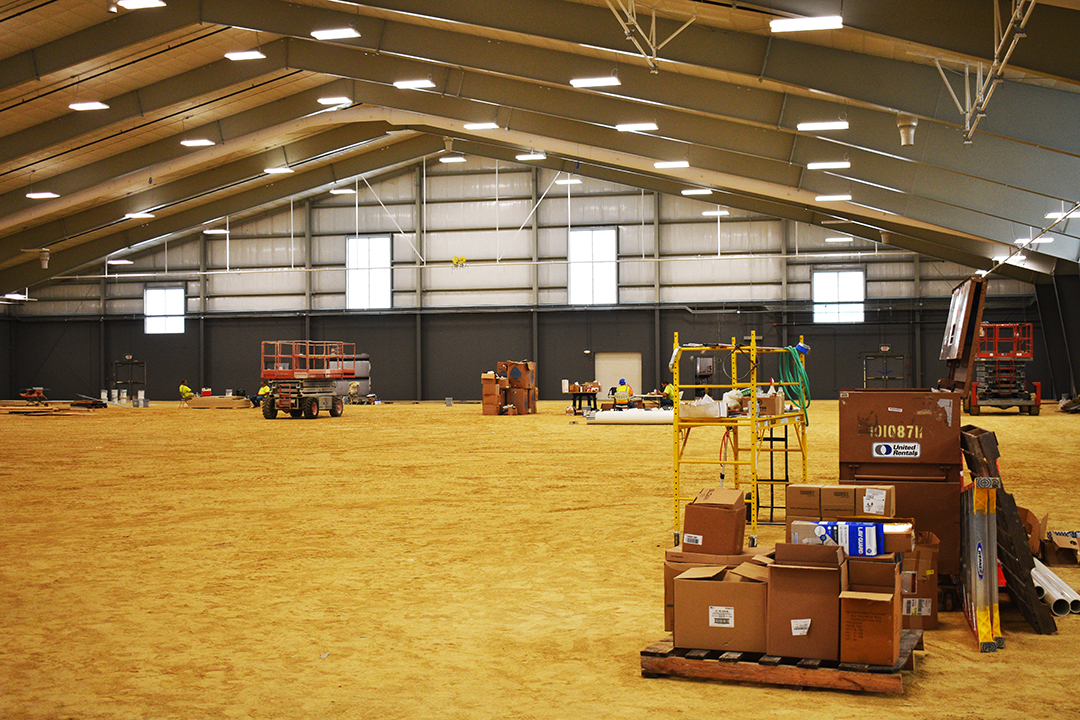 Daley said workers have been fast-tracking progress inside the aquatics facility, where both the lap pool and the recreational pool have been dug out and concrete bases and walls have been poured. Daley said crews are currently tiling and pouring concrete for the pool decks, while the pool finishes will be completed in late August. Sealing, trim and paint work inside the bathrooms will also be a priority for the aquatics facility as workers continue into next month.