ROCHELLE — Josie Lundquist has played basketball for several years, but she’s become quite the tennis athlete for the Rochelle Township High School varsity program. After leading the team in wins this season, Lundquist received the High Point Award for the first time as a Lady Hub.

Lundquist anchored one of the No. 3 doubles slots for Rochelle this season, helping the Lady Hubs win six matches this fall. Despite not playing her sophomore year, Lundquist bounced back this season, and she’ll be a leading contributor for the Rochelle varsity team next season.

“I’m really honored to receive the award, but most importantly, I was glad that I consistently contributed points to the team this season,” Lundquist said. “I felt that I improved my serves and forehand shots the most this season. I learned that consistent serving is very important in tennis. Next year, I hope to get better at backhands and I hope to continue improving on my forehands and my serves. I hope to keep winning next season and contributing to the team’s success. I would love to see us be more competitive in every match we play.” 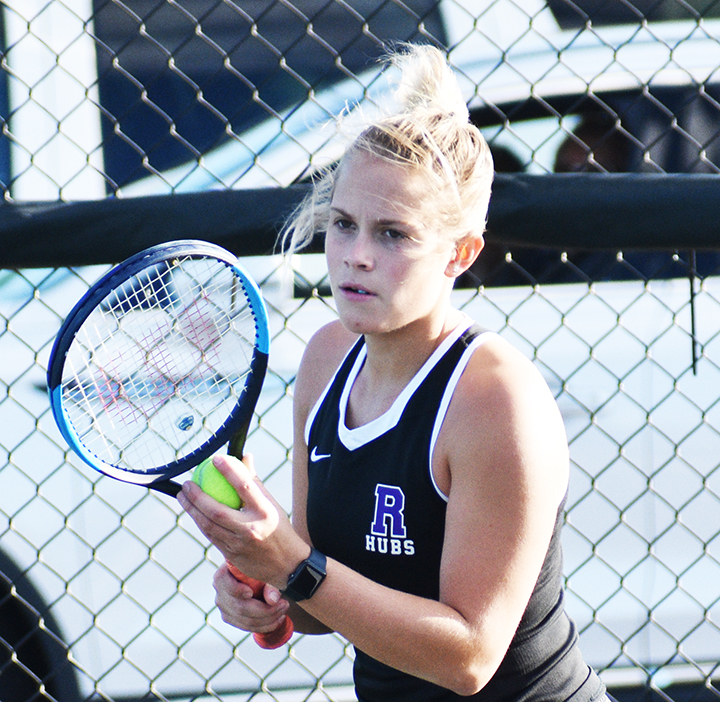 Senior Sawyer McGee earned the Most Improved Player Award after a strong finish to her final season. One of four players (Jordin Dickey, MeLisa Young and Sylvia Hasz) to take home All-State recognition, McGee and Hasz advanced all the way to the sectional doubles semifinals, ultimately medaling in third place. Macenzie Glosser was named Fresh-Soph Most Improved Award winner and Torrin Nantz took home the Fresh-Soph Most High Point Award.

“I’m so honored to be awarded the Most Improved Player because we had a lot of girls who came a long way this season,” McGee said. “I think that’s what pushed me to work so hard at every practice and focus on improving something every day. I thought I came a long way mentally from the start of the season. Coach [Lizzie] Cartwright helped me realize that mistakes happen and we can’t change them, so I had to get over that and play harder the next point.”