ROCHELLE — The Lady Hubs needed to win all three varsity doubles matches if the girls had any chance to defeat Rockford Lutheran during nonconference play on Tuesday. 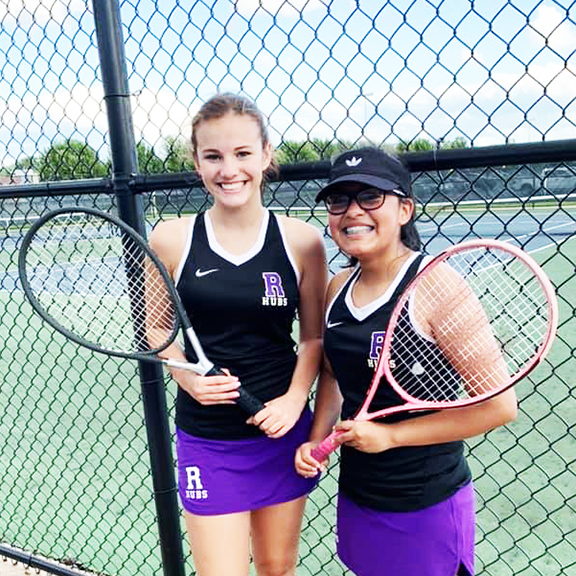 The Lady Hubs turned the match around in doubles play, however, as the Rochelle girls completed an improbable comeback by claiming all three doubles victories to upend Rockford Lutheran 3-2 and begin the 2019 season 1-0. Rochelle cut the Crusader lead to 2-1 when sophomore Emma Hicks (making her varsity debut) and junior Melanie Gonzalez cruised over Melanie Horn and Camryn Berrios 6-0, 7-5 on the third court.

“It was a lot of fun and Melanie and I had great teamwork throughout the match,” Hicks said. “Melanie really helps me on the court and she showed me how to make some nice shots and keep better track of scoring. The win really boosted my confidence and I hope I can push forward and do better throughout the season.” 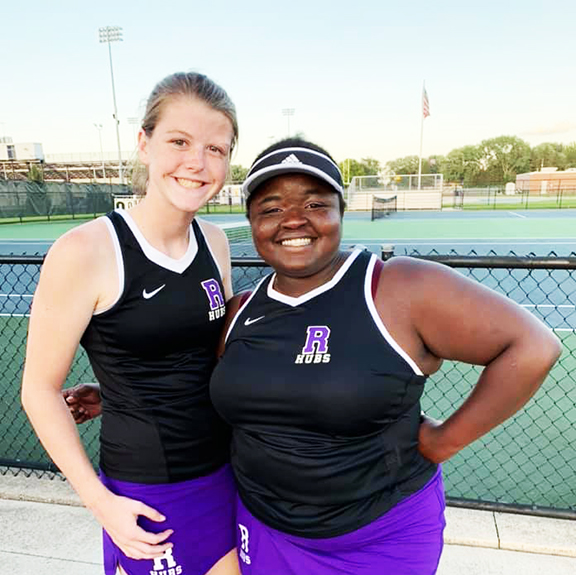 The final two doubles matches went down to the wire, as both matches went three sets and took nearly three hours to complete. Rochelle tied the Crusaders 2-2 when senior Ruth Gardner, who was celebrating her 18th birthday, teamed up with sophomore Jordin Dickey to outlast Adalia Yeung and Abbie Lauer on the second court by a score of 7-5, 4-6, 10-7.

“It felt really good to win and start the season 1-0,” Gardner said. “Jordin and I played really well against those girls. We communicated with each other really well and we kept our spirits up when we missed our shots. We kept a positive state of mind and that was the key for us.”

All eyes moved to the first court as Lady Hub junior Sawyer McGee and sophomore MeLisa Young battled Rockford Lutheran’s Bailey Jarvis and Lauren Chester for the final point of the match. After splitting the first two sets, McGee and Young edged out Jarvis and Chester in the third set tiebreaker to seal the win for their team by a score of 7-6, 4-6, 10-8.

“It was really cool getting a team win,” McGee said. “MeLisa and I have a good partnership. We have little things that help us get out of our heads and focus on the match. We showed that we’re capable of winning, and hopefully we can do that in our upcoming matches.” 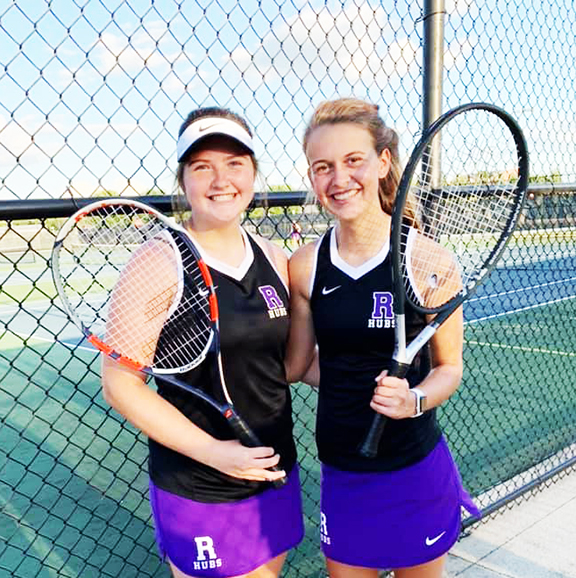