By: Andrew Heiserman - Updated: 6 months ago

ROCHELLE — Rochelle Township High School football players used their day off from weight lifting and training this week vacuuming out cars and cooking a meal for the residents of Lincoln Manor Senior Housing of LSSI.
Kerri Villa-Nantz, the assistant property manager at Lincoln Manor, and her son have been doing this consistently throughout the years and it has grown into an annual event. When they first started, Nantz’ son was in fifth grade and it was just him and his team. Each year it has continued to grow with 25 players participating last year and nearly 50 this year.
“It used to be just his team and now we have kind of grown to where it is a lot more than just his age group, and our residents love it,” said Nantz.
At the event kids were hard at work washing the outside of cars, vacuuming the inside, and both preparing and serving a spaghetti meal with lemonade, water or coffee to drink and a fan favorite, root beer floats for dessert. 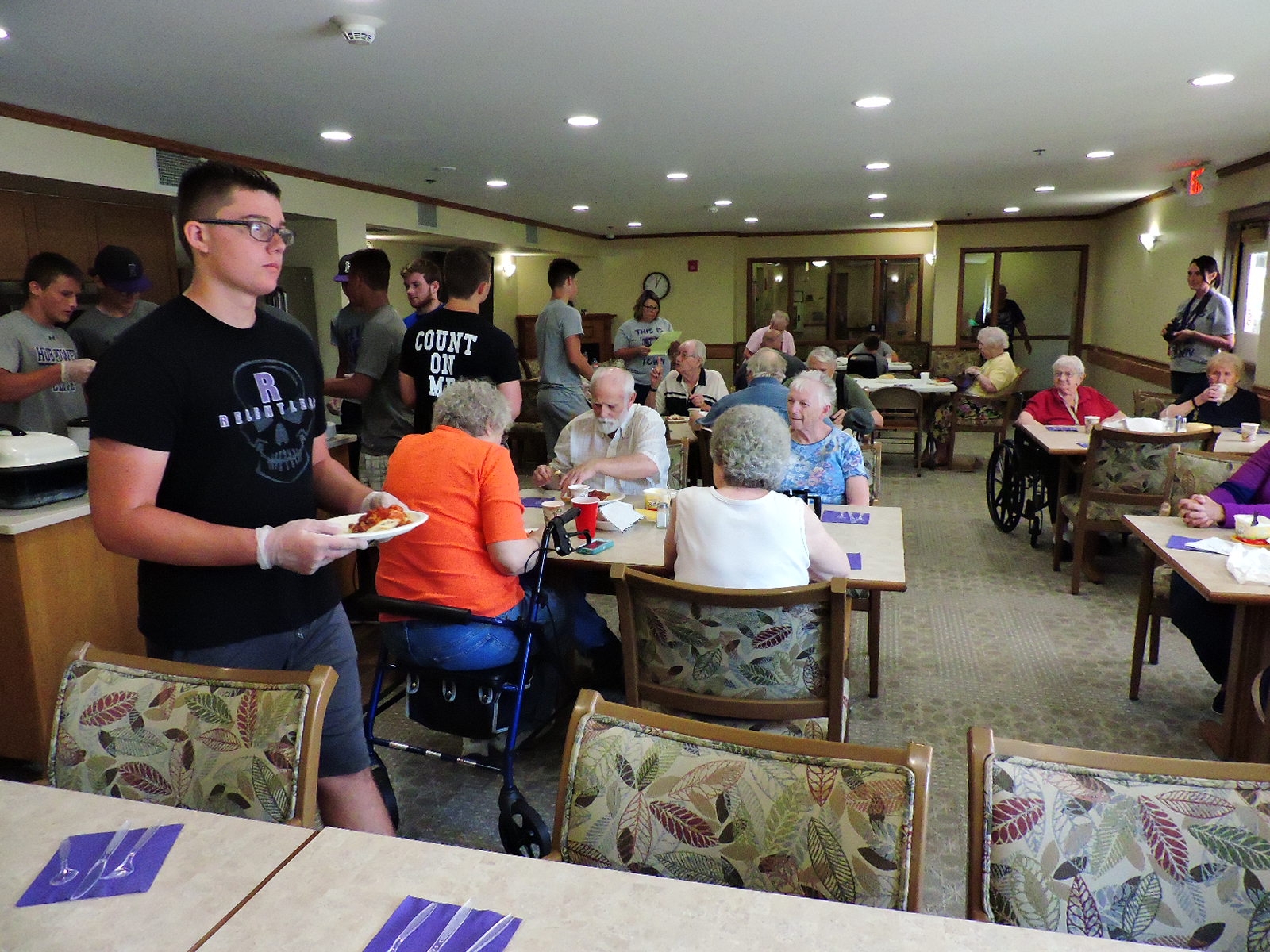 While cleaning out the cars, cooking and serving the meals and earning service hours are all very beneficial to the students, possibly the most rewarding aspect is the connection it creates between the two generations.
“It’s a great fundraiser for them, but I think the biggest benefit is the interaction between the two groups. They really do just enjoy each-others’ company,” explained Tonya Sarver, property manager.
Most of the manor residents seem to enjoy the energy and company the kids bring, along with being very grateful for the work they do and how helpful it is to the people that live there.
“I just thank them for even thinking about doing it for us and I think it is really nice. There are just so many of us that can’t do it anymore, we can’t get in there and crawl around,” said Genevieve Rains, resident of Lincoln Manor.
Even though temperatures were in the low 90s with heat indexes near 100 degrees, the heat wasn’t going to stop the football players from working hard, having fun and helping out local senior citizens.
“My friend took me here and its pretty fun, they have done everything for us so I feel like we are just paying them back for what they did for us,” said Hezekiah Jefferson, an RTHS football player.
Without the help of the football players many of the residents would have to either find someone to clean their car out or simply not clean it at all. For some of the residents, this is not the first time the kids have cleaned their car out, and they have yet to be disappointed with the quality of the work.
“This is a great event with wonderful kids that are helpful and willing to do the work. They always do a wonderful job and I have no complaints,” expressed Linda Rick, resident at Lincoln Manor.
The football players plan to return next year to help with the cleaning, cooking and serving, but some members of the team believe it could be done more often.
“I feel like people should come out here and do this often to get a little more experience, meet new people and see how things go,” said Jefferson. 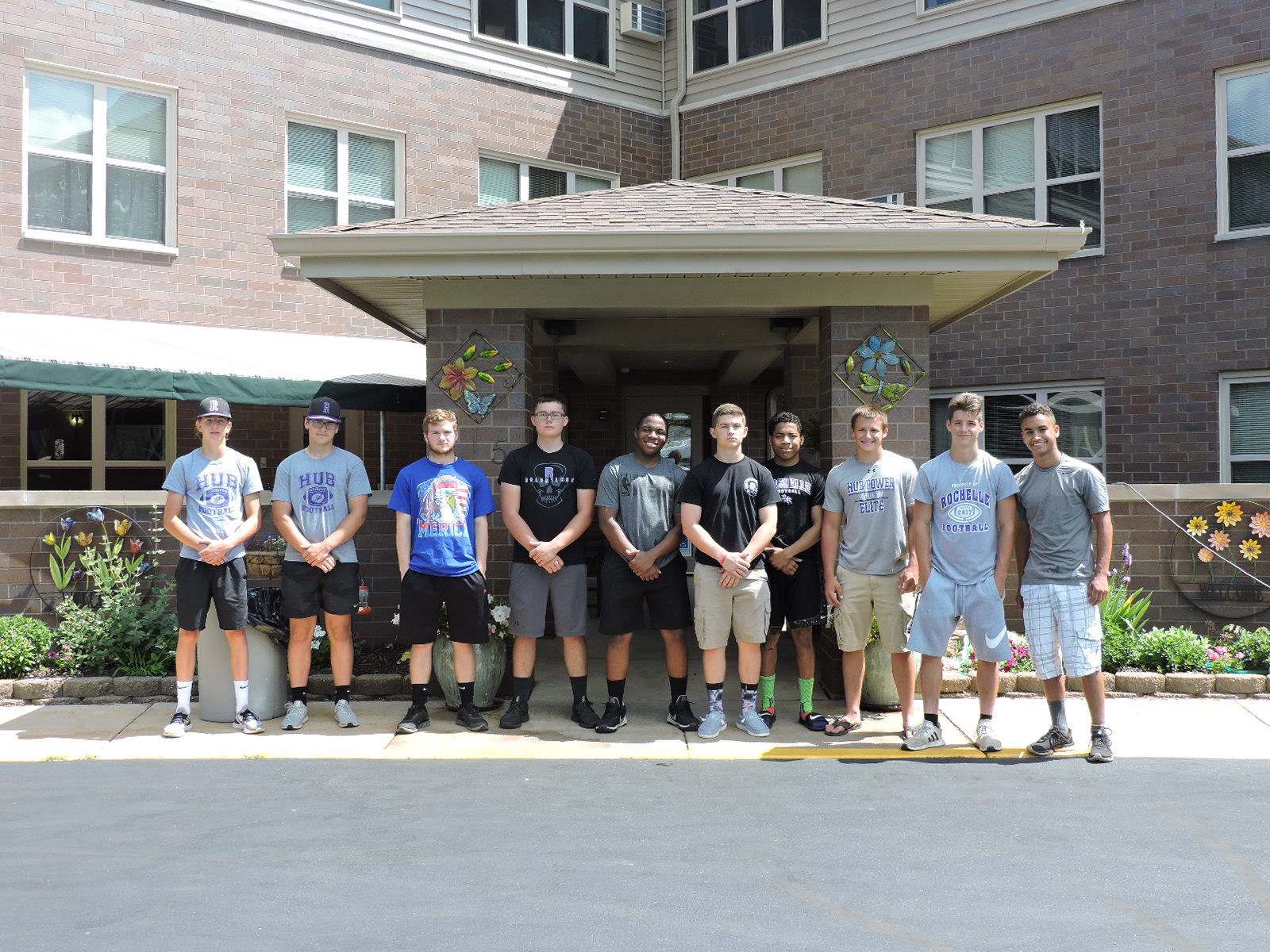 Serving up spaghetti for R.O.C.K.