By: Andrew Heiserman - Updated: 3 months ago

ROCHELLE – The first harvest of sweet corn is in for the season and two local farms have continued their tradition of opening their farm stands to the public.

His family farm has continued selling sweet corn to the public ever since and has even expanded to supply certain grocery chains including Schnucks, Woodman’s, Value Produce and Gray’s IGA Foods in Rockford. Rainwater Farms sells its corn for $7 a dozen and $3.50 a half dozen in both bicolor and all yellow varieties.

New this season, MightyVine tomatoes are also available for $4 for a minimum of 1.5 pounds or approximately 6 tomatoes. While anybody can grow and sell sweet corn, Rainwater takes great pride is producing a high quality sweet corn. 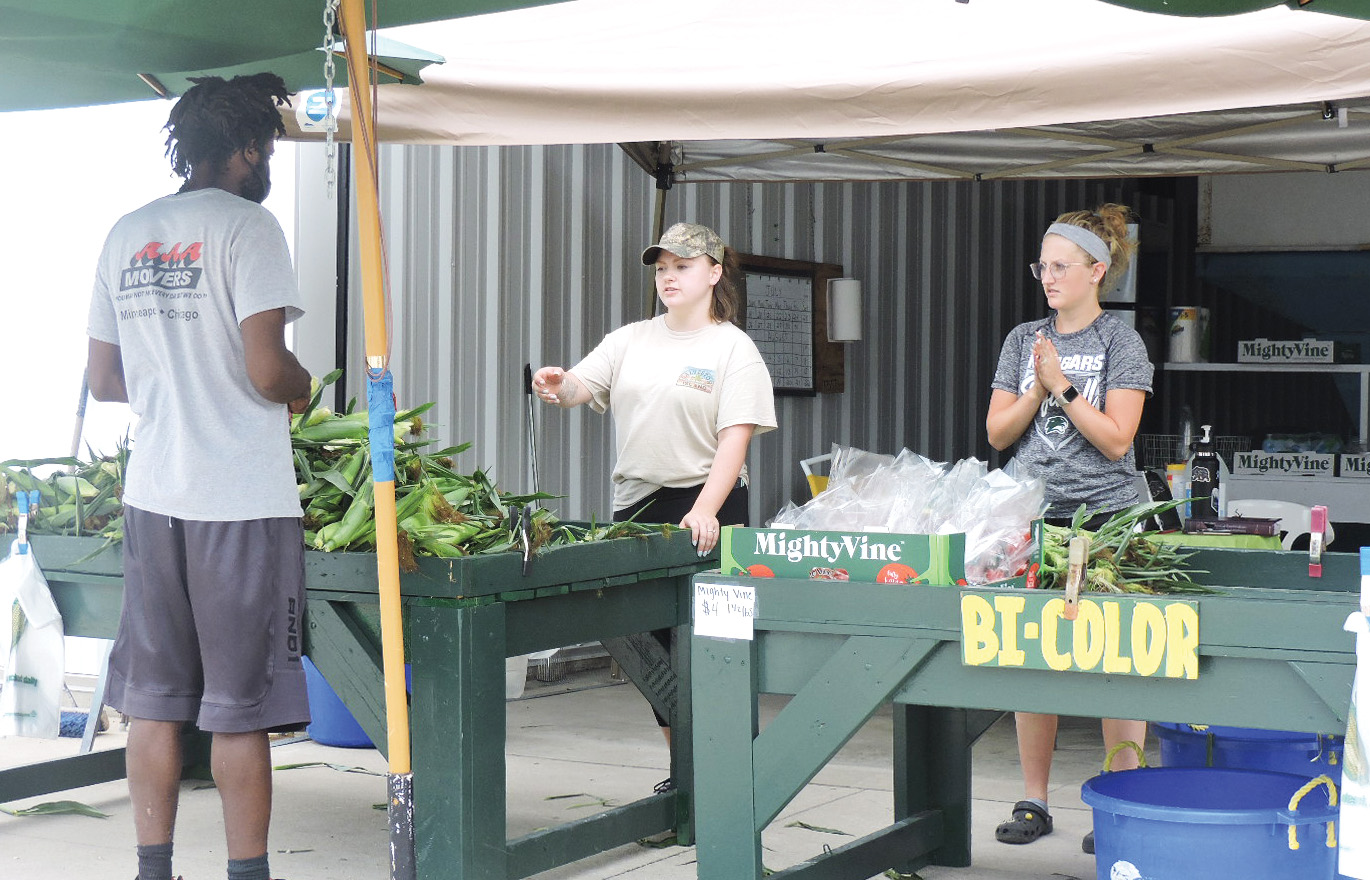 Jordyn Cordle (left) and Jessie Meyers sell a dozen ears of sweet corn to a customer from the Rainwater family farm stand Tuesday.

“The number one thing that sets our corn apart is the seed we use,” Rainwater said. “We buy the seeds with the highest sugar content to produce the sweetest corn you can grow. I really enjoy farming and it gives me great pleasure to produce a high-quality product that is in such a high demand.”

Another local farm, Seebach Farms, began selling sweet corn over 40 years ago in 1982 when Jerry Seebach started as a way to raise extra money to help with the expenses that come with farming. Over the years, Jerry’s son, Jeff, and his other siblings would help pick corn and work the stand in the summertime.

When the stand first started, corn was sold for 50 cents a dozen and over 40 years later, the corn is being sold for only $5 a dozen. After selling for so many years, it became more of a social project rather than a business, gaining many dedicated customers that come back each season.

“It started out very small and just kept growing each year,” Seebach said. “My father enjoyed serving the community and seeing everybody come out to visit. We have had our sweet corn go all the way out to D.C. and we have people who drive in from Chicago every year.”

The stand currently has a bicolor variety of corn called temptation sweet corn since it is ready early in the season, but the varieties of sweet corn will change as the season moves on. Other fresh, homegrown vegetables are also available to purchase at the stand. Seebach Farms accepts large orders of five dozen or more by phone at 815-562-7561, as long as a couple days’ notice is given.

Life is full of great moments for us to collect

A friend of the theatre