By: Russell Hodges - Updated: 4 months ago

BYRON — The Rochelle Junior Tackle fifth-graders completed their perfect season on Saturday, defeating Byron 34-6 to finish 9-0 and win the Big 14 Conference title. The Junior Hubs drove down the field near the end of the first quarter before opening the scoring with a 5-yard rushing touchdown from Tyler Gensler and a 2-point pass from Brody Bruns to Bobby Tourdot.

“We had a great group of kids this year and they were well disciplined,” head coach Joe Tourdot said. “We had kids changing positions almost every week and the kids learned how to play multiple different positions. It was a great group because of their discipline and they listened.”

Rochelle extended its lead over Byron late in the second quarter when Bruns kept the ball and ran 5 yards for a touchdown. The Junior Hubs bounced back for another quick score just before halftime on a 19-yard touchdown pass from Bruns to Tourdot. Rochelle led 20-0 at halftime.

“The kids improved up front and their physicality improved,” Tourdot said. “We saw huge improvements each week in how aggressive they were, and they continued to move forward.”

The Junior Hubs blew the game open in the third quarter when Dylan Manning rushed 35 yards for another Rochelle touchdown to make it a 26-0 contest. Manning iced the victory with a 93-yard rushing touchdown in the fourth quarter before Bruns connected with Tourdot on the 2-point pass for Rochelle’s final scoring play of the day. 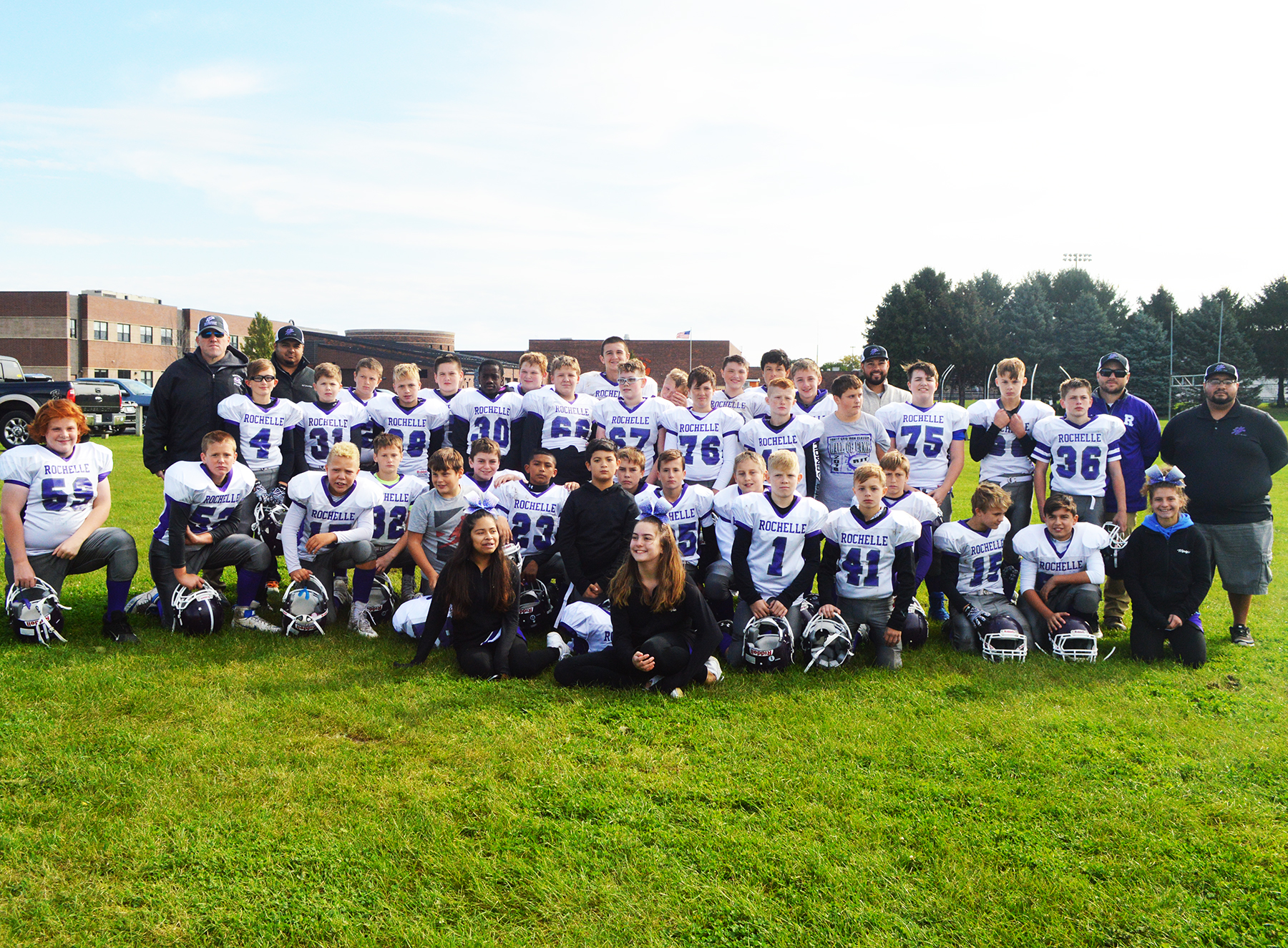 One year removed from winning the Big 14 Conference as sixth-graders, the Rochelle Junior Tackle seventh-graders faced Rockton on Saturday looking to defend their title. The Junior Hubs fought hard but fell short, losing 16-6 to take second in the conference with an overall record of 6-2-1.

“I think the kids learned a lot about football this year and I hope they learned that going from sixth grade to seventh grade is a much different experience,” head coach Chris Lewis said. “There are different rules and there are a lot more things that go into the game. I thought the kids improved a lot this year and they’ve matured as football players. I thought the kids learned a lot more about teamwork.” 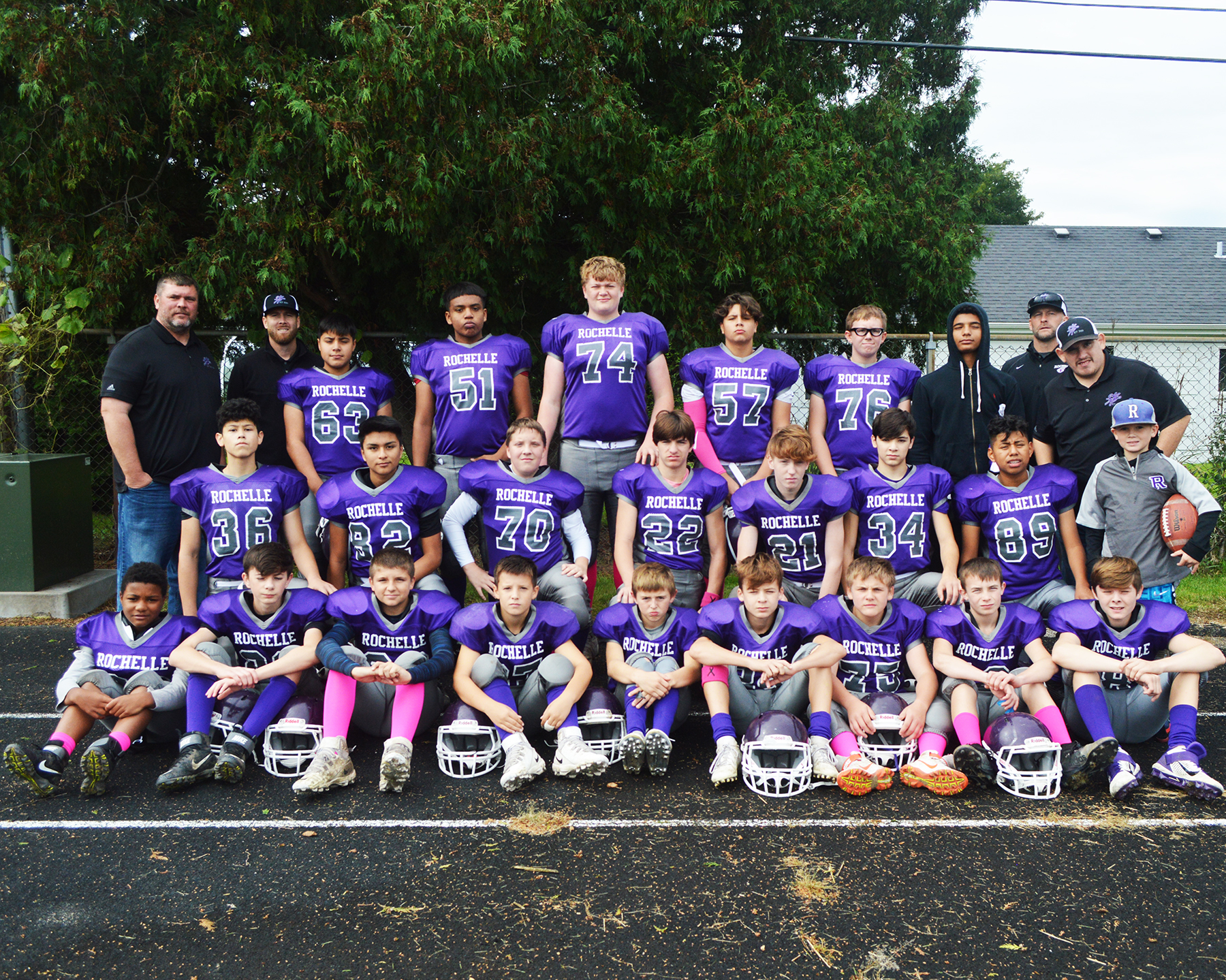 The Rochelle Junior Tackle eighth-graders took the field one final time on Sunday with an opportunity to win third place in the Big 14 Conference. The Junior Hubs found the end zone often, but they ultimately fell short, losing 38-26 against Stillman Valley to finish fourth in the conference with an overall record of 6-3.

“We had a really good group of kids who had positive attitudes,” head coach Ben Manning said. “They worked really hard this season. The boys surprised me with their success and they learned as much as they could as we prepare them for the high school level. I think all the boys enjoyed the season and I hope all of them play football at the high school.” 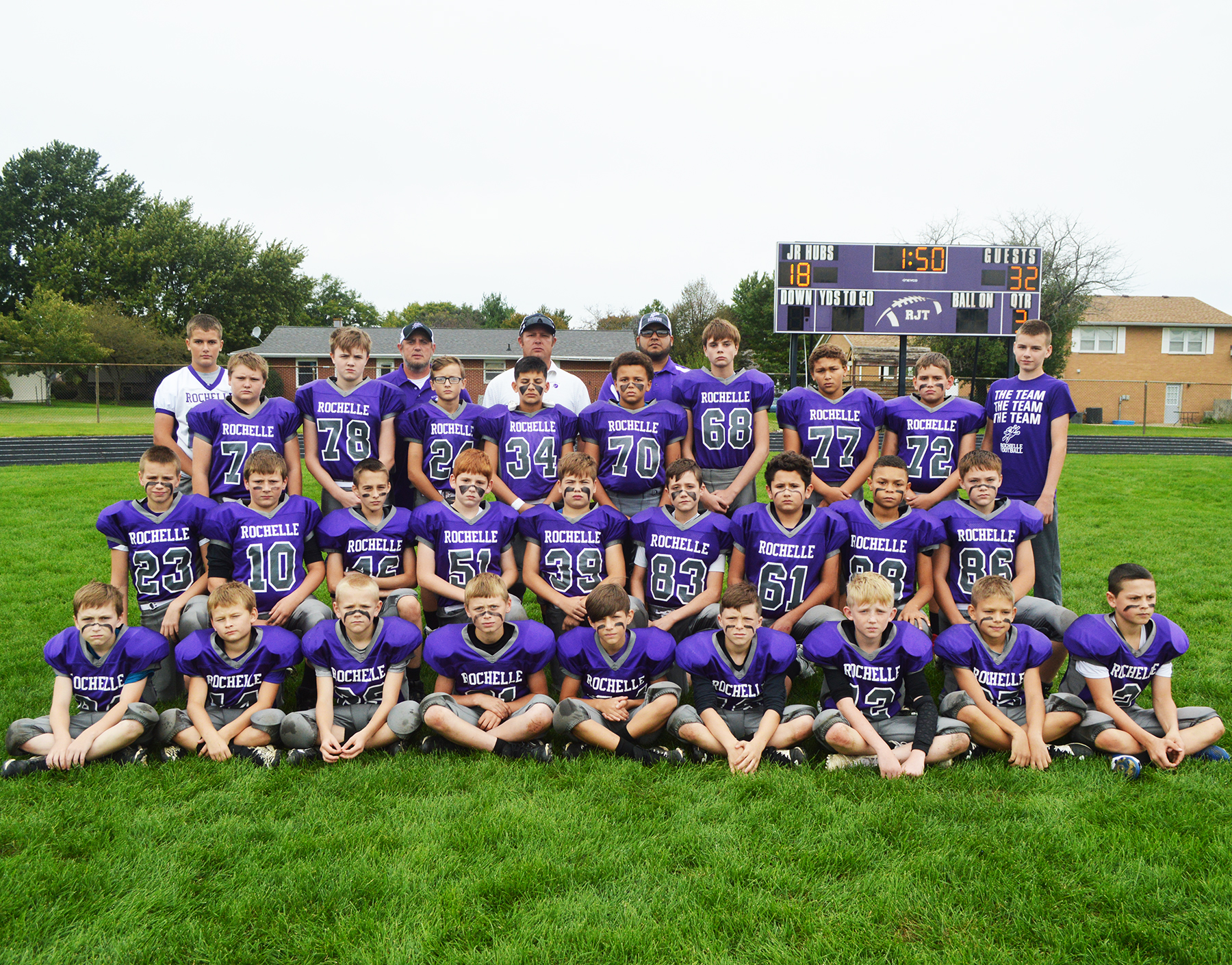 The Rochelle Junior Tackle sixth-graders played the final youth football game of the 2019 season at Helms Park on Sunday. The Junior Hubs battled Rockton for third place in the Big 14 Conference, losing 26-0 to finish fourth in the conference with a record of 6-3.

“I thought the season went very well,” head coach Ben Mershon said. “Our goal entering the season was to make the playoffs and we did that. We had a great group of kids and they improved from the first day of practice to the last day. They improved in every aspect of the game and they worked very hard for us. We couldn’t have asked for anything more from them.”