PRINCETON — The Rochelle Junior Tackle program nearly completed a four-game sweep against Princeton on Saturday. The Junior Hubs went 3-0-1 on the day, with the fifth-graders remaining unbeaten on the season.

Rochelle (2-2) extended its winning streak to two games with a 30-0 victory over Princeton. Erich Metzger ignited the offense with a 55-yard rushing touchdown on the team’s third play from scrimmage, with Reiley Bonilla adding the 2-point conversion. Metzger added a 66-yard punt return touchdown in the first quarter, and Bonilla again ran in the 2-point play.

The Junior Hubs kept the offense rolling when Brock Metzger connected with Tommy Tourdot on a 10-yard touchdown pass in the second quarter. Erich Metzger recorded his third touchdown of the game on a 47-yard rush in the third quarter. Metzger finished with 103 rushing yards in the victory. Brock Metzger and Omar Hueramo combined for nine tackles. 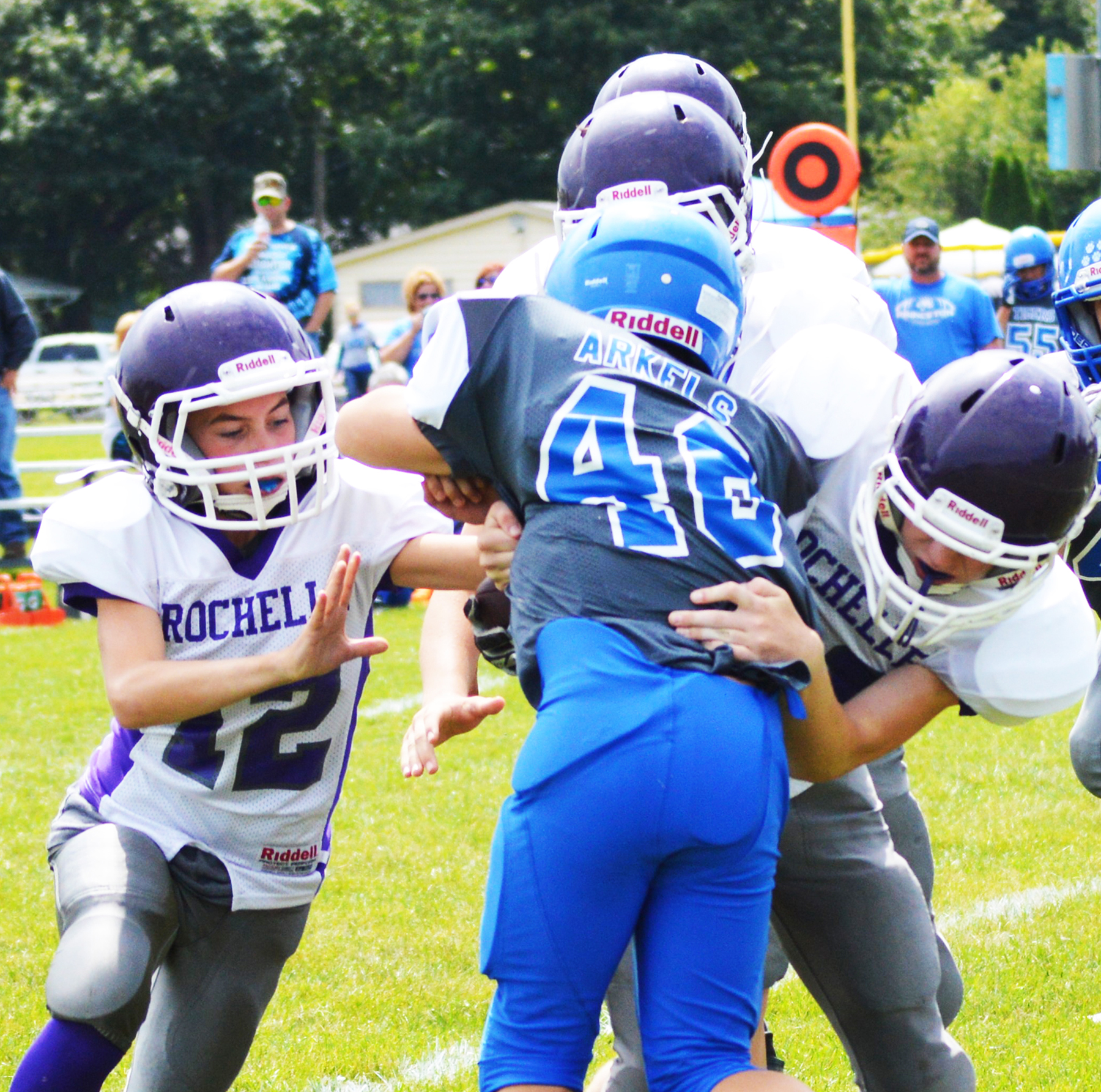 Rochelle (3-0-1) suffered its first non-victory of the season after a 6-6 draw with Princeton. The Junior Hubs outpaced Princeton 290-101 in total yards behind Grant Gensler, who recorded 148 rushing yards and 63 receiving yards. Princeton led 6-0 after a rushing touchdown in the second quarter, and Rochelle tied the game on Ryan Senne’s 3-yard rushing score in the third quarter. 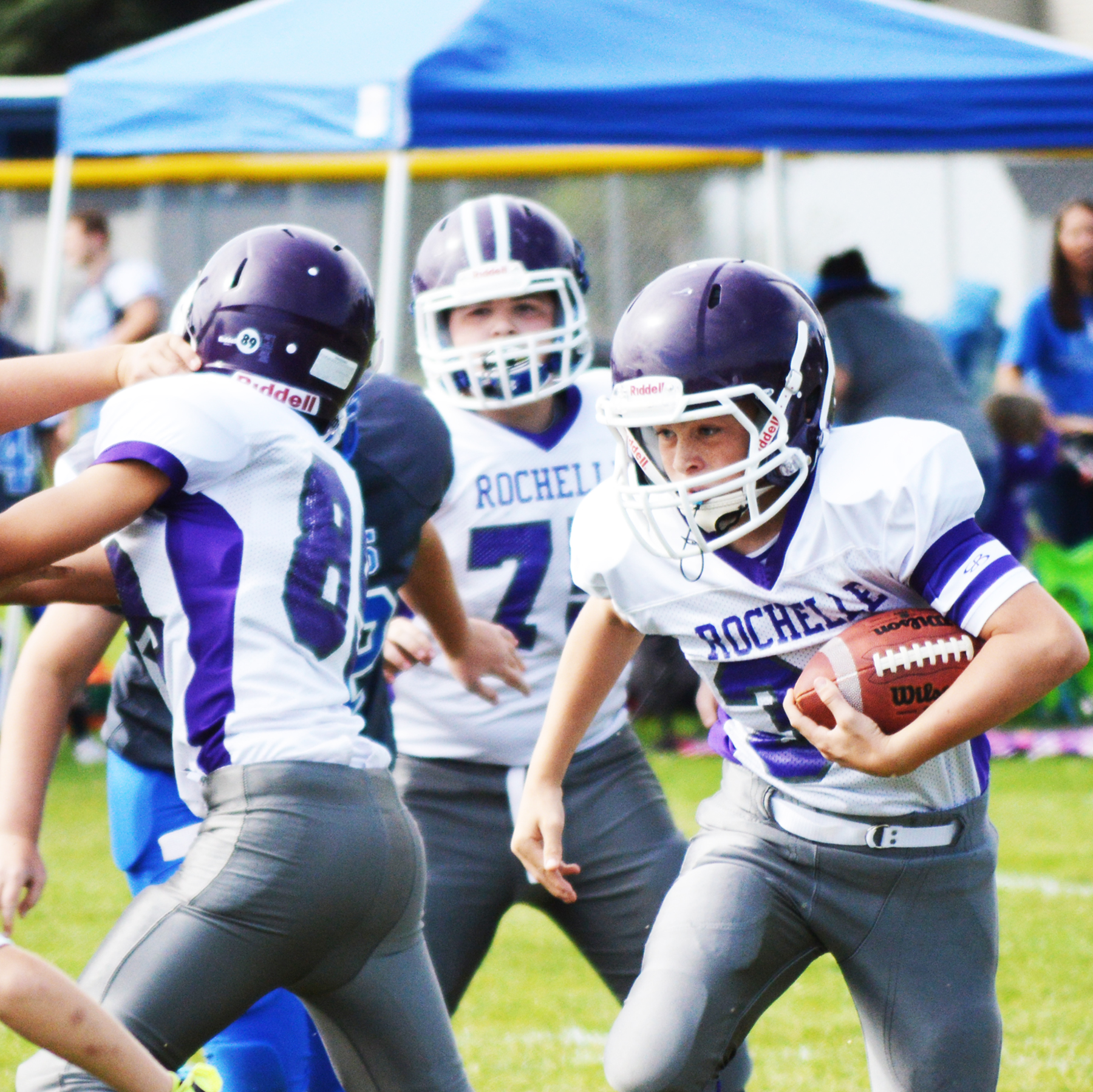 Rochelle (3-1) topped Princeton by a score of 18-12 to run its winning streak to three games. Roman Villalobos gave the Junior Hubs their first lead with a 21-yard rushing touchdown in the first quarter before Princeton responded with an 8-yard passing score in the second quarter. Caden Goodwin completed a 57-yard rushing touchdown to put Rochelle ahead 12-6.

Princeton tied the game 12-12 with a 5-yard rushing score before halftime. The lone second-half touchdown came on a 25-yard rush from Rochelle’s Andrew Johnson in the third quarter. Goodwin finished with 86 rushing yards while Villalobos added 59 yards and Johnson recorded 51 yards. Van Gerber led the Rochelle defense with 2.5 tackles and one interception, while Logan Mershon totaled six tackles and Villalobos had five tackles. 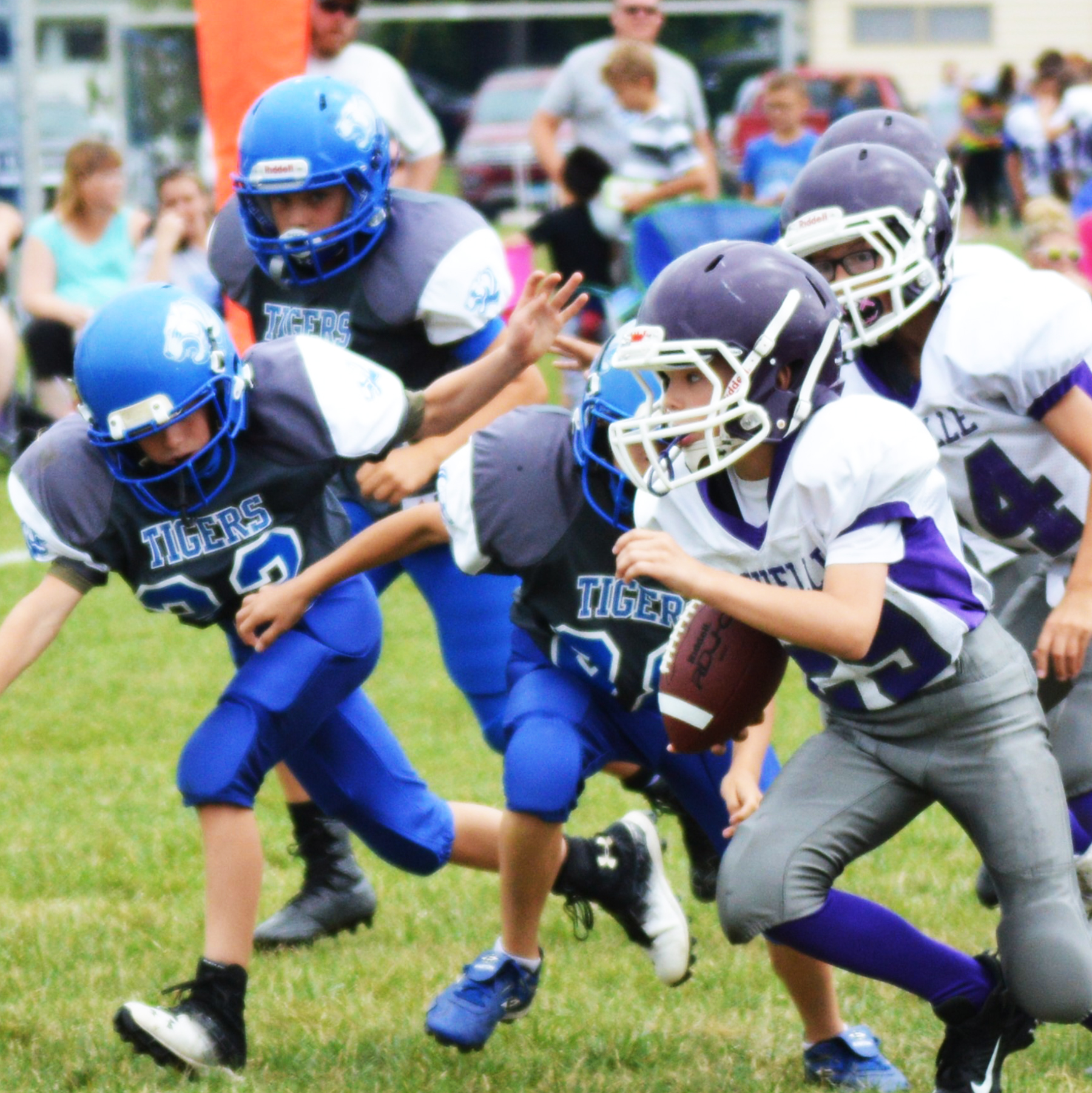