STERLING — The Rochelle Junior Tackle program went undefeated against Sterling this past weekend, with all four teams locking down victories including the eighth-graders, who earned their first win of the season. The Junior Hubs will play their fourth week of games at Princeton on Saturday, Aug. 31. 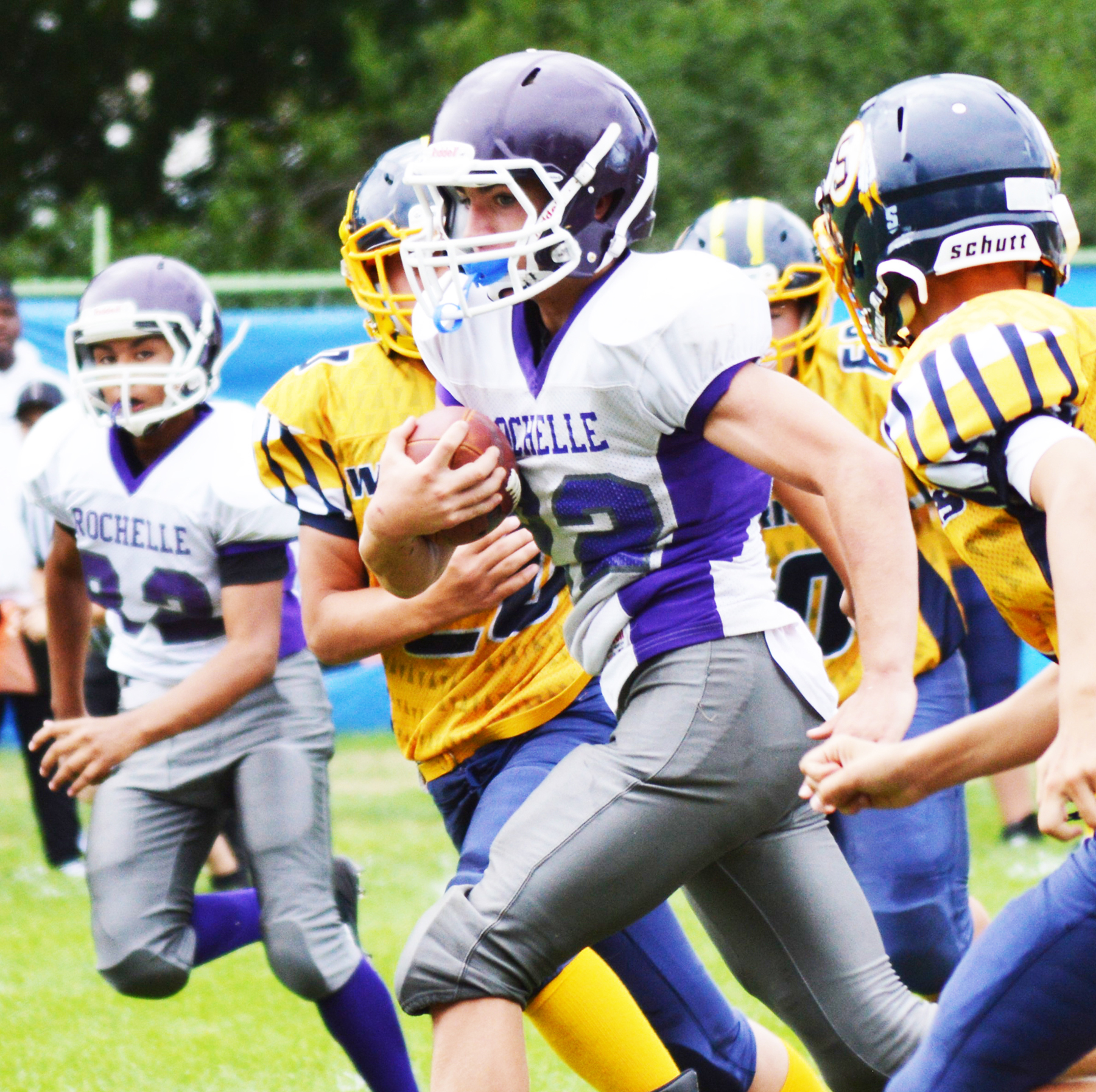 Rochelle (1-2) defeated Sterling by a score of 22-14 behind an enormous effort from Erich Metzger, who scored two touchdowns and added two 2-point conversions. Rochelle scored its first touchdown when Brock Metzger connected with Tommy Tourdot on a 20-yard pass. The Junior Hubs scored again when Erich Metzger returned the Sterling kickoff 77 yards for a score. Metzger ran 22 yards for a touchdown on Rochelle’s final scoring drive of the game. 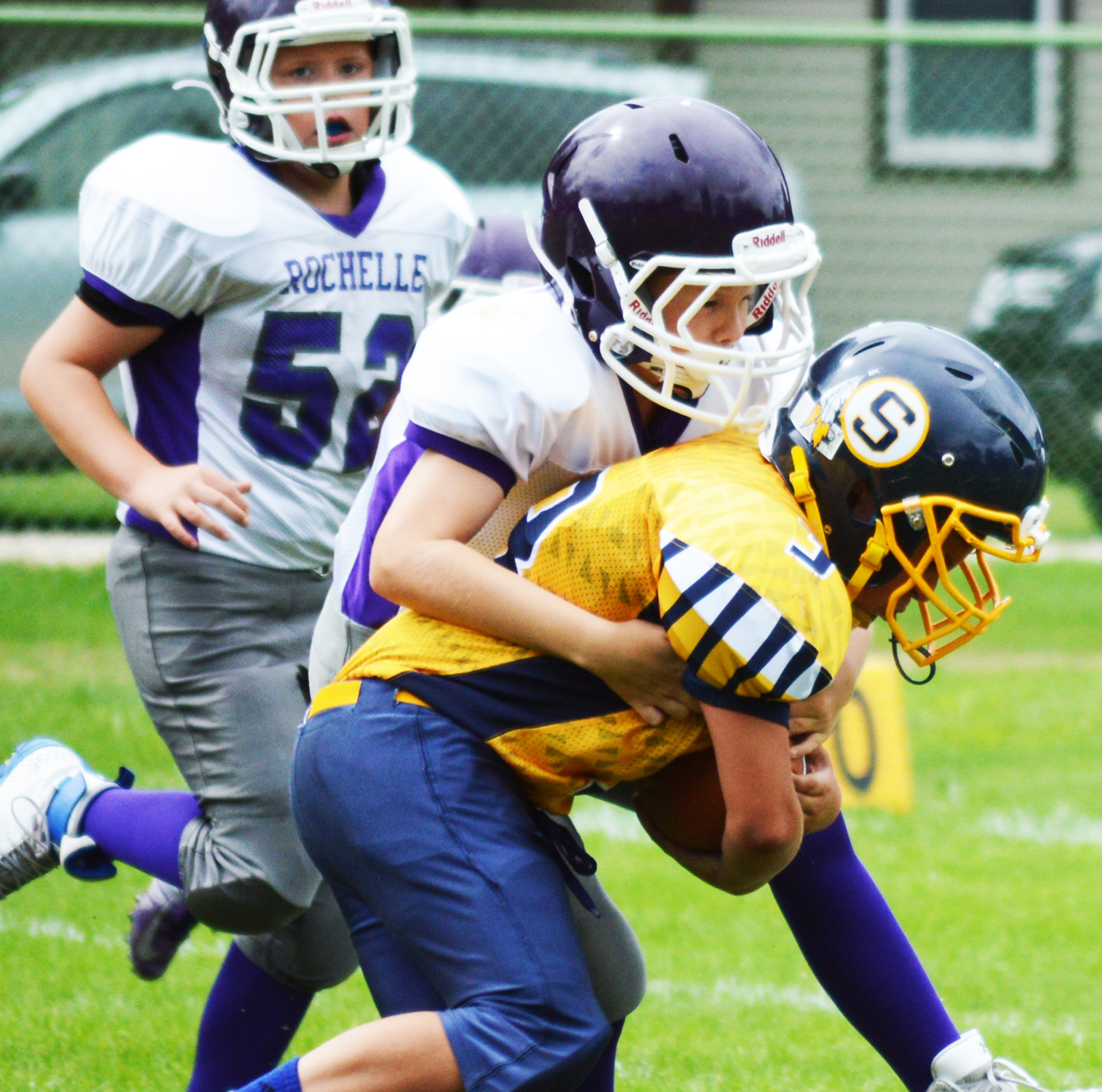 Rochelle (3-0) cruised over Sterling by a score of 33-8 to remain unbeaten and improve to 12-0 over its last 12 games in the Big 14 Conference. Grant Gensler topped 100 rushing yards on the afternoon, totaling two rushing touchdowns of 53 and 54 yards. Brandyn Metzger (1 yard) and Ryan Senne (6 yards) each added one rushing touchdown, with Carson Lewis adding a 12-yard touchdown pass to Ethan Goodwin. Elijah Harley made one extra-point kick in the victory. 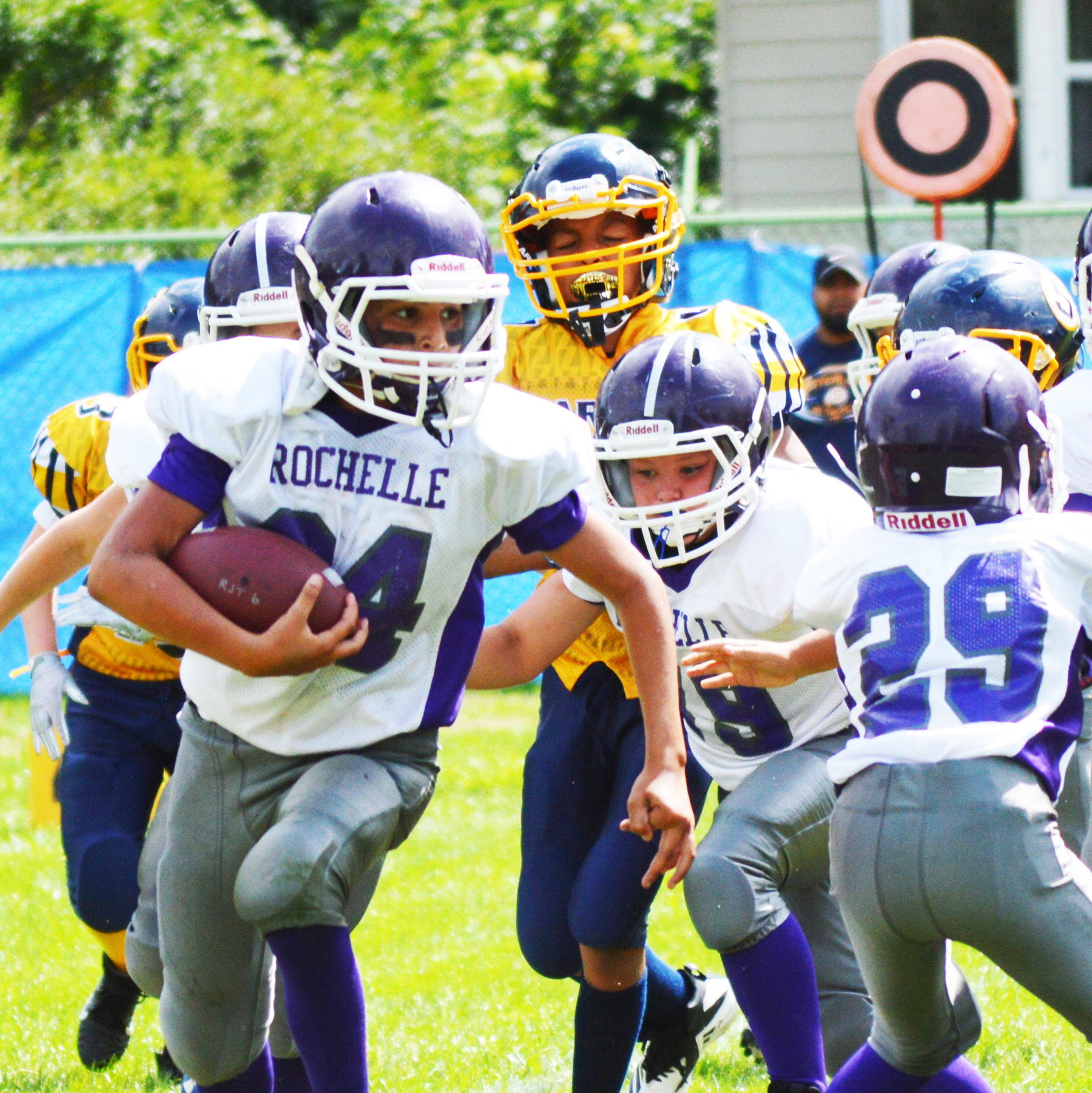 Rochelle (3-0) became the second team to remain perfect on the season after the Junior Hubs dismounted Sterling by a score of 32-0. Dylan Manning started the scoring with a 49-yard rushing touchdown that preceded Manning’s 2-point pass to Bobby Tourdot. Brody Bruns added a 63-yard rushing score next, with Tyler Gensler adding the first of his two 2-point rushes. Tourdot (2 yards) scored Rochelle’s third rushing touchdown, and the Junior Hubs capped off the win with a 6-yard scoring pass from Bruns to Manning that included Bryson Wells running in the 2-point conversion.