OREGON — The Rochelle Junior Tackle teams finished the regular season in style on Saturday, sweeping their four-game series with Oregon. The fifth-graders, sixth-graders and eighth-graders all qualified for the Big 14 Conference Championship games at Princeton on Saturday, while the seventh-graders will compete for third place in the Big 14 at Rockton on Sunday.

Roman Villalobos fueled the offense early in the first quarter, rushing for a 52-yard touchdown with Rochelle adding an extra point to take the 7-0 lead. After Oregon answered with a 23-yard touchdown run late in the first quarter, Rochelle bounced right back on an 11-yard rushing touchdown from Caden Goodwin during the second quarter. Oregon returned the ensuing kickoff 80 yards for a touchdown, making the score 14-12 midway through the second quarter.

But Oregon had no answers for the Junior Hub offense, which continued to roll throughout the second quarter with Van Gerber tossing two touchdown passes including a 14-yarder to Reece Harris and a 50-yarder to Freddie Hernandez. Rochelle led 28-12 at halftime and the Junior Hubs grew their lead on Mark Green’s 6-yard touchdown run during the third quarter. 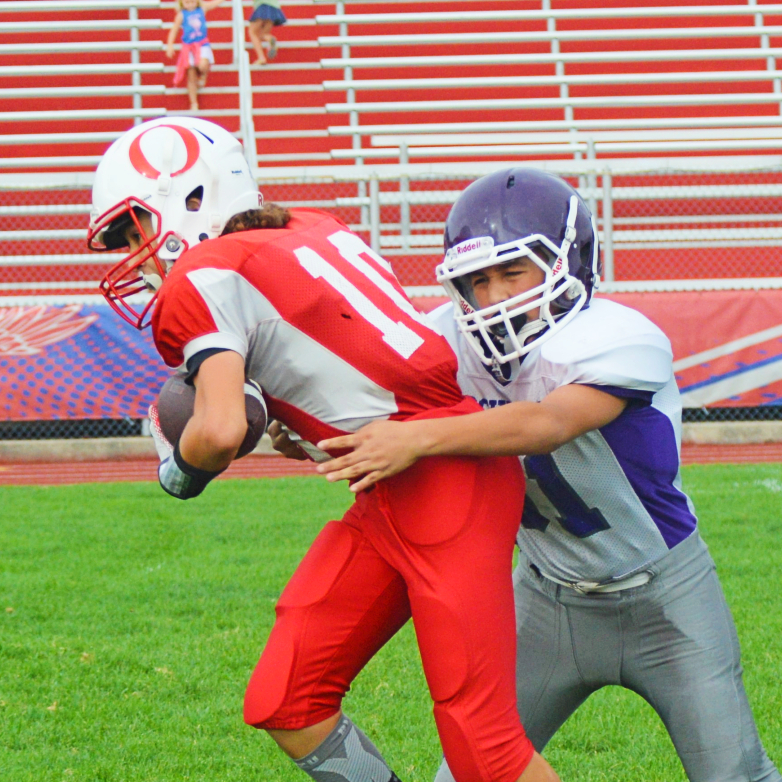 Brody Bruns fired two touchdown passes to Jonathan Andrist on Saturday, helping the Junior Hubs establish an early lead. Bruns and Andrist each rushed for one touchdown as well, with Connor Lewis intercepting an Oregon pass to lead the seventh-grade defense in the victory. 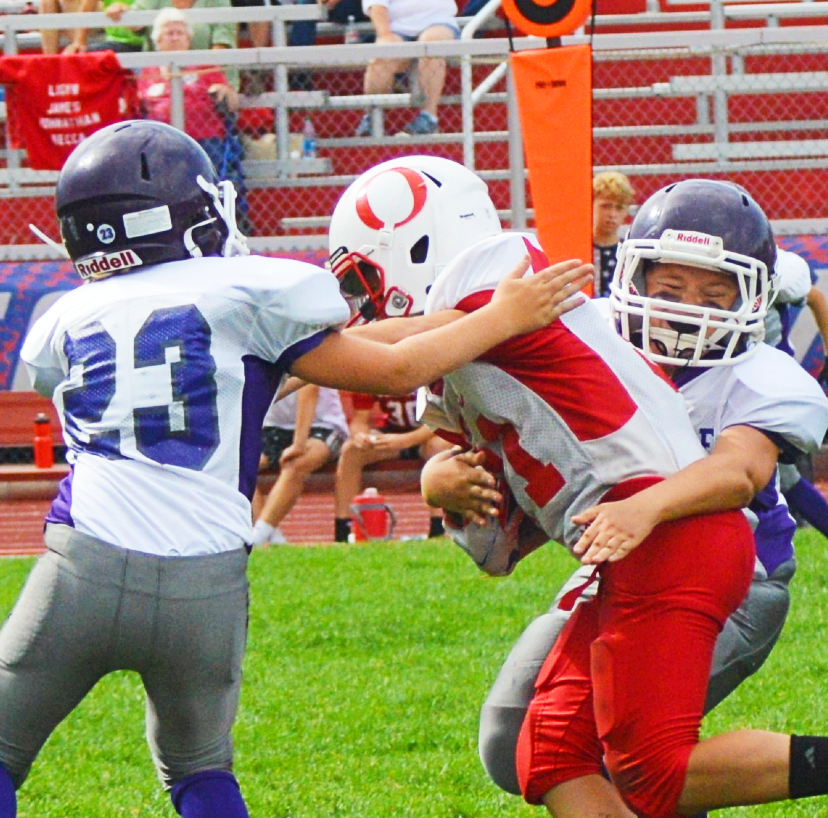 Cohen Haedt was unstoppable for the Rochelle offense in the first quarter, rushing for a 54-yard touchdown to give the Junior Hubs an early lead before breaking loose for a 31-yard touchdown run on the team’s next scoring drive. Haedt’s impressive performance continued in the second quarter, where Haedt threw a 24-yard touchdown pass to Holden Liebhaber.

Rochelle led 22-0 at halftime, with Oregon scoring on a 1-yard touchdown early in the third quarter. Maddox Hueramo answered for the Junior Hubs, finding the end zone on a 52-yard touchdown run to help give Rochelle a 30-8 lead. Rochelle allowed two fourth-quarter touchdowns, but the Junior Hubs held on to win the game 30-22. Haedt totaled 139 yards of offense in the win, while Levi McGee recorded five tackles to lead the Rochelle defense. 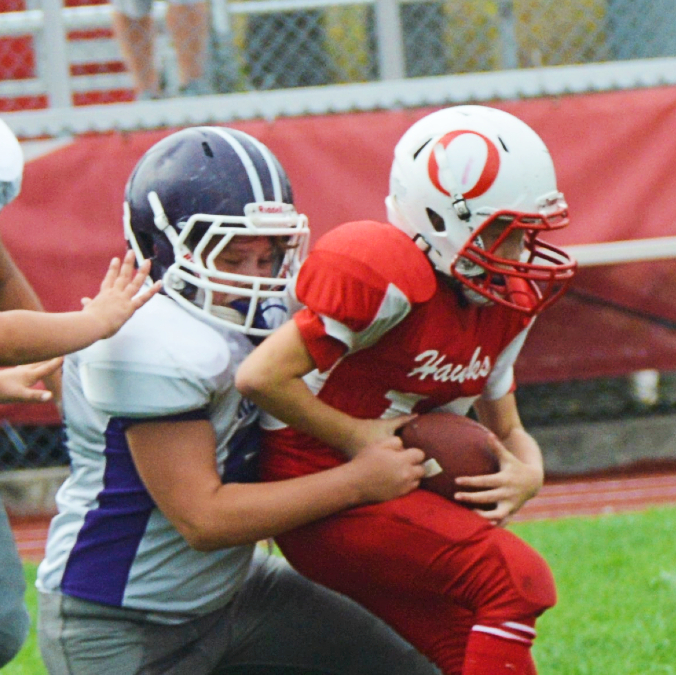 Bruns rushed for a team-high 91 yards in the win, while Mikey Chadwick added 49 yards. Riley Smith caught one pass for 16 yards and Bruns led the Junior Hub defense with four tackles.