ROCHELLE — The Rochelle Junior Tackle program hosted Rockton on Saturday, winning all three games with the seventh-graders receiving a forfeit to complete the sweep. The Junior Hub football teams will close out the regular season at Oregon on Saturday, Oct. 2.

Caden Goodwin jump-started the Rochelle defense, intercepting a Rockton pass with the Junior Hubs trailing 6-0 during the first quarter. Gavin Neale recovered a fumble later in the first quarter to keep the Rockton offense off the field. Still trailing during the second quarter, Roman Villalobos broke loose for a 30-yard rush, but Rochelle was unable to score.

The Junior Hubs pieced together another big offensive play later in the second quarter, with Van Gerber finding Brode Metzger for a 32-yard pass. Down 6-0 at halftime, Rochelle scored its first points of the game on a 6-yard touchdown rush from Villalobos during the third quarter. The Junior Hubs forced a third Rockton turnover in the fourth quarter, with Gerber intercepting a pass down the sideline. Both teams were even at 6-6 entering overtime.

Rochelle ultimately won the game in overtime by a score of 14-6, with Villalobos running in his second touchdown of the afternoon and the Junior Hubs making one final stop on defense. Villalobos rushed for 110 yards in the win, while Gerber threw for 72 yards and Metzger caught four passes for 59 yards. Neale led the Rochelle defense with five tackles in the win.

The seventh-graders took a forfeit over Rockton and improved to 5-1 overall. 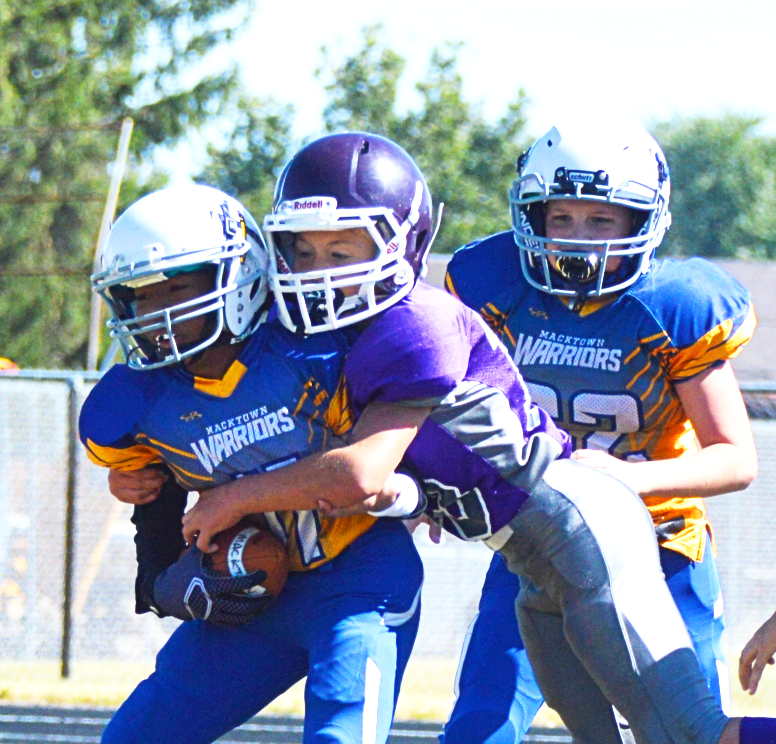 6th Grade (5-1)
The Junior Hubs saw Bo Lundquist, Luke Chadwick and Cohen Haedt each make lengthy runs during the first quarter, with Chadwick scoring on a 3-yard touchdown rush to cap off Rochelle’s opening drive. Leading 6-0, Rochelle extended its lead in the third quarter, when Chadwick’s 31-yard run and a 12-yard pass from Haedt to Lundquist set up a 1-yard touchdown rush from Chadwick. Elijah Schweitzer recovered a fumble later in the third quarter.

Rochelle sealed the victory in the fourth quarter, scoring on Chadwick’s 10-yard rushing touchdown after a 12-yard run from Lundquist. The Junior Hubs won by a final score of 22-0, with Chadwick rushing for 90 yards. Schweitzer and Tyson Pavlak each totaled five tackles. 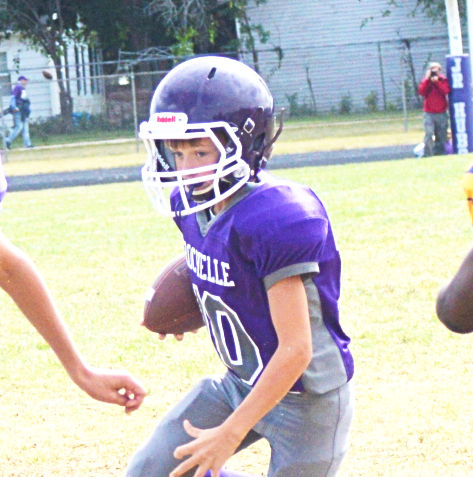