Dennis Swinton received the prestigious Amador Medalion Award because of his tireless work with the Golden K and the community of Rochelle.

Swinton has been honored many times by receiving awards such as Kiwanian of the Year, Legion of Honor, Hickson Award and Zeller Award. He recently received an award for 10 years of perfect service.

Swinton has helped other clubs to be successful by holding the position of lieutenant governor and regularly attending inter-club meetings as well as divisional and district meetings.

His real love has always been supporting the Kiwanis youth by starting and supporting the local Key Club at the high school and Builders Club in the Rochelle, Creston and Kings middle schools and the BUGS (Bringing Up Grades) program in the local elementary schools in and around Rochelle.

Besides his tireless work with the Kiwanis Club, Swinton is also well known in Rochelle for his work in the community. He received the Rochelle Gratitude Award for his dedication to the community – primarily with the youth. When Rochelle Mayor John Bearrows gave the award to Swinton he said “Dennis started and worked on many programs throughout our community, always being the first to step up and volunteer…and following through from conception to the end of the project.”

Swinton is not only instrumental in the success of the Rochelle Kiwanis Golden K but also in working with the youth who will be the next generation of volunteers dedicated to improving the lives of children. 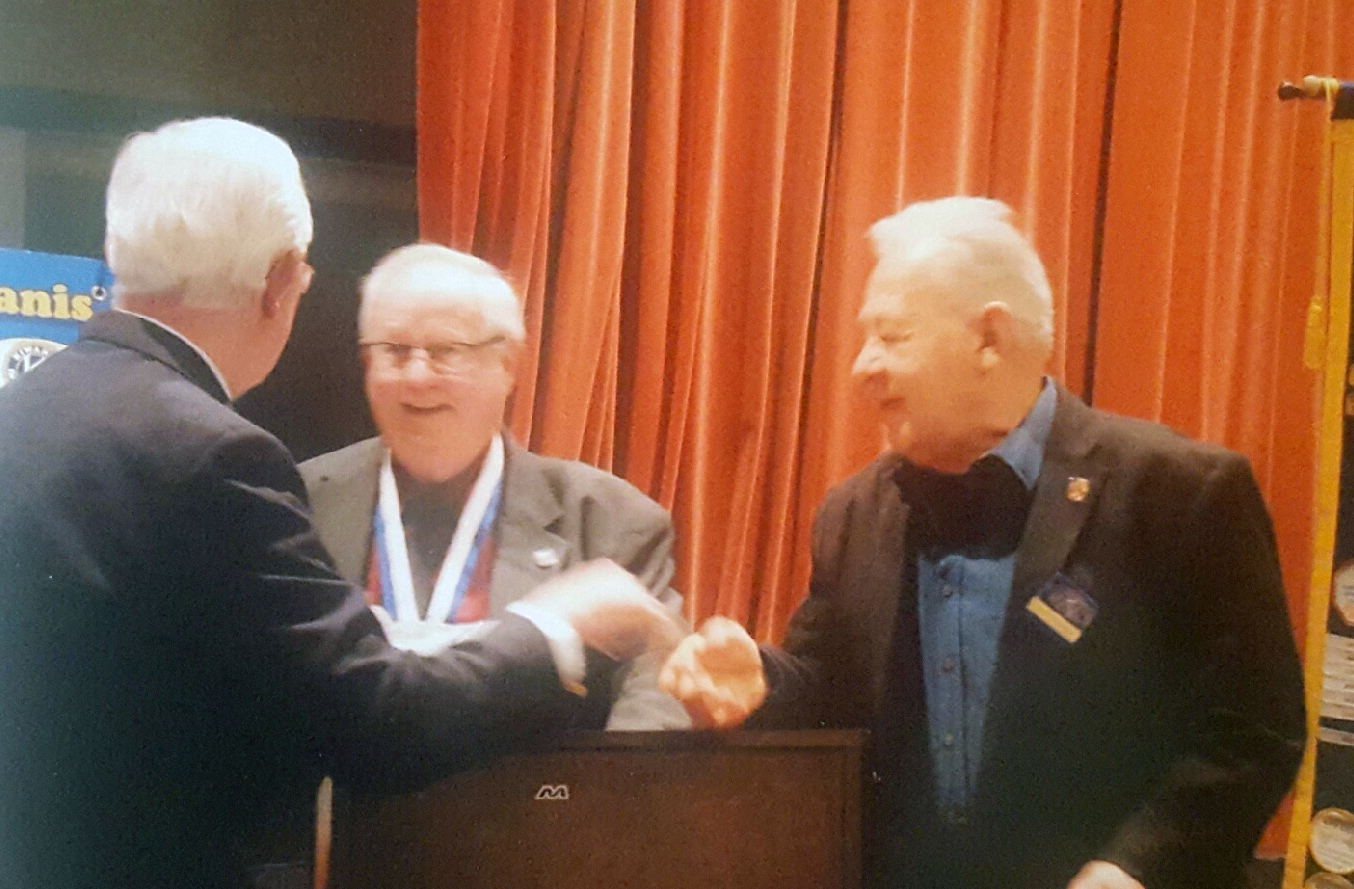 Dean Herrmann (pictured above far right) was named this year’s Kiwanian of the Year. During the banquet it was said, “Sometimes we take our members for granted. They come to meetings; they work at the events and always have a way of leaving us feeling better for the time we spend with them. They become so much part of everything we do that they simply blend into the fabric of the organization. This year’s Kiwanian of the Year, Dean Herrmann, is that member. Whether leading in song or telling that joke that we were never sure should be told, until it was too late. Dean, in his absence has left a hold in the fabric of our club and we are all counting the days until his return. I am privileged to award Herrmann the Kiwanian of the Year Award. “ 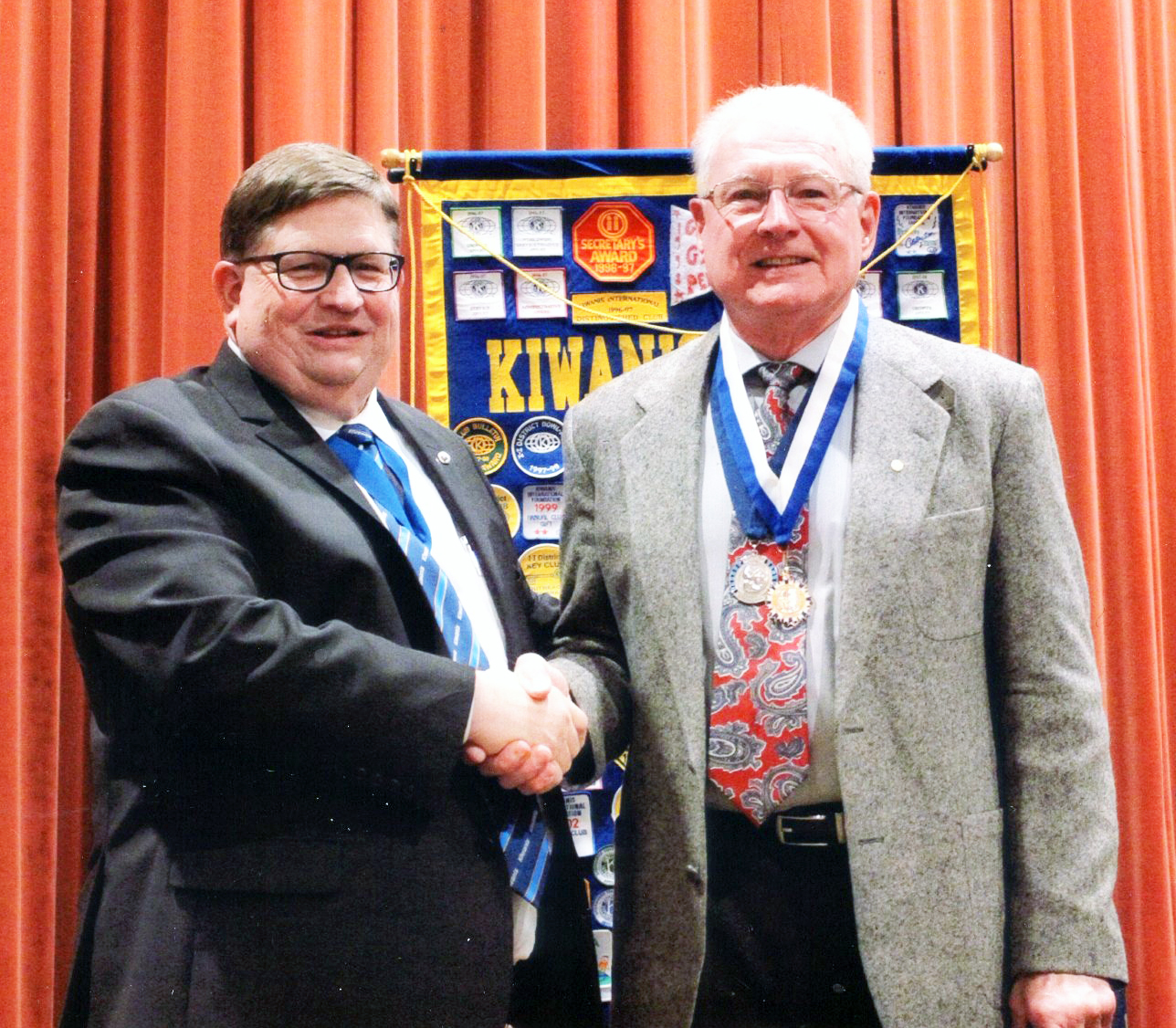 Rochelle Kiwanis member Larry Wing (above right) recently received the George Hixson Award. This award was named in honor of George Hixson, the first president of the Kiwanis International. It is given out to honor a member who has demonstrated leadership through their participation in club activities and support of the organization and its members. This year’s recipient not only participates in activities, but in an innovator of new idea. Whether it is leading the Salvation Army bell ringing or single handedly running sheet sales, Larry Wing is there week after week and year after year. Ric Taylor is pictured with Wing. 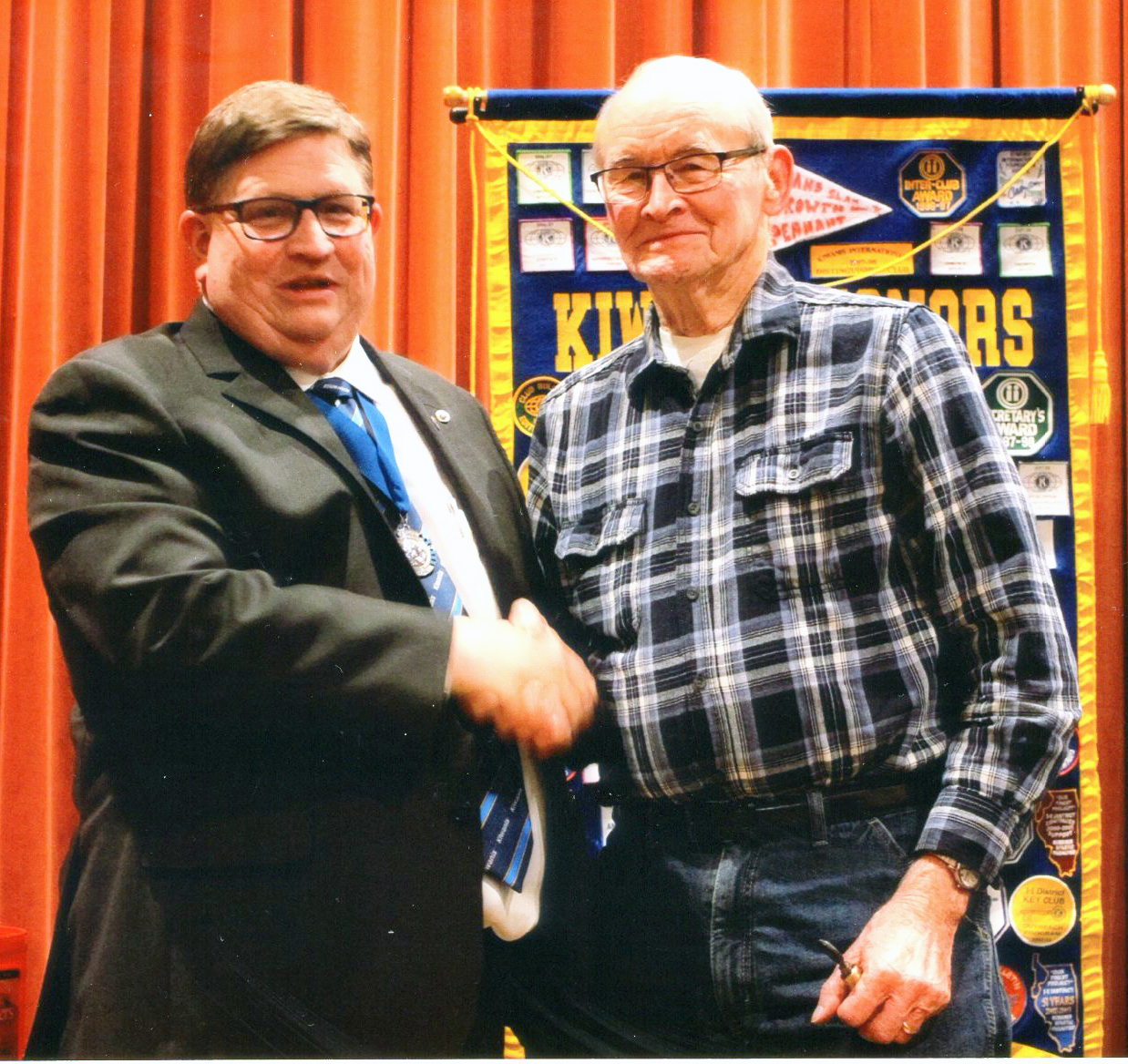 Local Kiwanis member and president Ralph Papke (at left, right) was awarded with the President’s Award. Each week the organization meets, the president rings the Kiwanis bell to call the group’s attention. Ringing the bell is also done to draw positive attention to the organization. Papke has set a new benchmark for ticket sales for both Pancake Day and Chili Day. For his superhuman efforts in fundraising, the Kiwanis presented him with the President’s Award. The President Award is given to that member who rings the bell for the Kiwanis in the community. He is pictured with Ric Taylor.

It doesn’t seem that COVID is going away

A warmer July with more rain and storms in Illinois

Madigan’s fate could come down to Mapes’ testimony