ROCHELLE — Severe storms moved through Ogle County Monday afternoon, bringing strong winds in excess of 70 m.p.h. and heavy rains.
The storms hit the Rochelle area shortly after 2:30 p.m. and residents were alerted to the high winds when the storm sirens were sounded.
Damage around town included downed power lines in the area of the 300 block of North 11th Street as well as downed trees and limbs including a reported tree on the roof of an apartment building in the 500 block of South Main Street.
Nearly 1,200 Rochelle Municipal Utility customers lost power due to the storm.

"We had approximately 1,200 customers out of power but had essentially everyone back up between 12 and 1 a.m. Tuesday morning," superintendent of utilities Adam Lanning said. "It was really focused to the west and north part of our grid with some outages occurring on the southern corridor."
The hardest hit area in the county was the Village of Forreston where there were 48 blocks of tree and wire damage and 13 blocks of structure damage. Two mobile home parks were also damaged.
As of Wednesday morning, the village is still without power as ComEd crews work to restore power lines brought down by the confirmed derecho (a widespread, long-lived, straight-line wind storm) that traveled through the village. 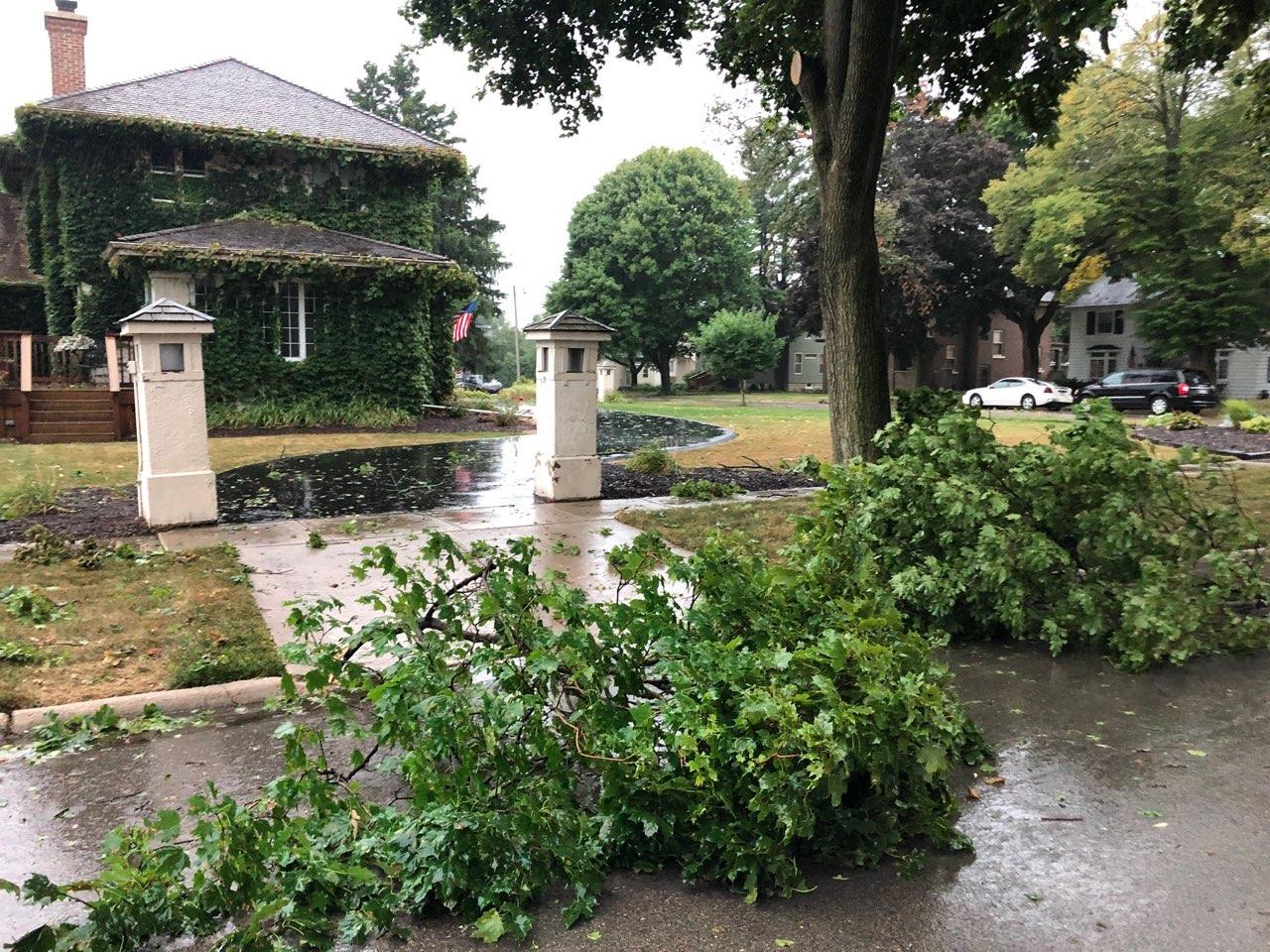 Tree limbs were down in the street on North 11th Street.