Thankful for support of the arts

By: Jennifer Simmons - Updated: 7 months ago

A fund created by local couple Daniel and Stephanie Williams has grown more quickly than the pair anticipated when started as an acorn fund for the Rochelle Area Community Foundation in August 2018.
The Fund for the Arts was created by the couple with the purpose of providing future grants to fund projects to further arts in the Rochelle area and after last Wednesday’s second annual Fund for the Arts night hosted by Kennay Farms Distilling in downtown Rochelle, the acorn fund has sprouted into a full-grown permanent Donor Advised Fund.
“When we started the fund, we were giving it three years to reach the goal [$10,000 funded],” Stephanie said. “We never anticipated the fund would grow so quickly.”
Prior to the silent and live art auction Nov. 20, the acorn fund had an approximate $9,300 balance. In order for the fund to surpass the acorn fund status and potentially begin paying out, the balance must exceed $10,000 to become dubbed a Donor Advised Fund.
After the final tally of the Nov. 20 event, the Williams’ were excited that the fund had reached the donor advised fund status.
“We raised $5,329 between the silent and live auction and that put us over the $10,000 mark,” Stephanie said.
“We were just so happy with all the friends, family and all the faces of people that came out that we didn’t know who came out to support our night,” Daniel said. See 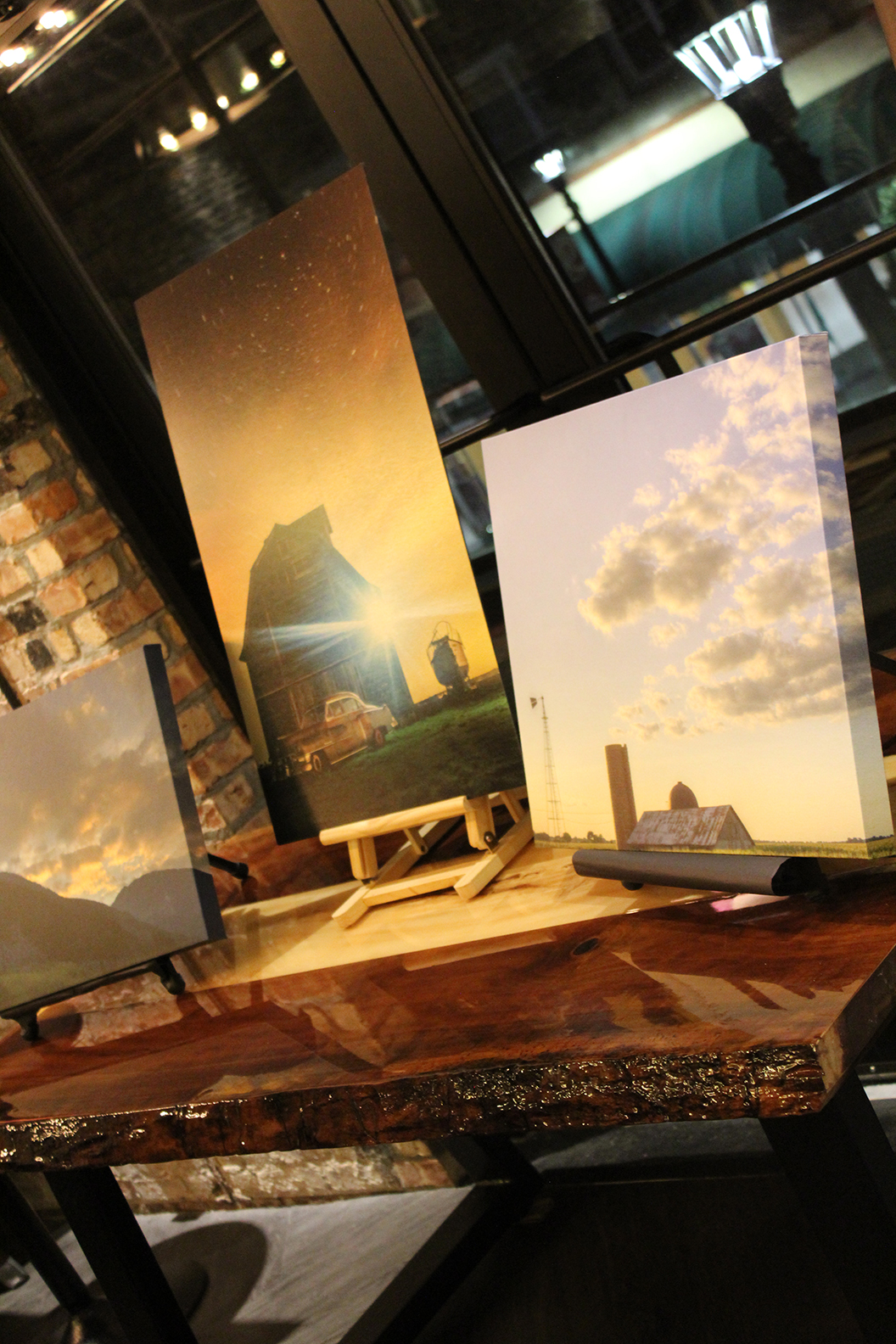 “There were roughly 75 to 80 people, which was roughly double what we had the first year.”
Those in attendance for the second annual Fund for the Arts event bid on a variety of silent auction items — from home décor and various gift baskets — but the highlight of the night was the live auction of artwork by Daniel himself.
This year’s theme, as he explained, was Dusk to Dawn and featured photography pieces of night skies printed on brushed aluminum, an old farmhouse with a Cadillac as a centerpiece on canvas, scenes captured while out driving around Rochelle and even a scene titled “Rearview Mirror” which was captured from atop the Doug Creason Athletic Complex during a Hub home opener game.
“We didn’t really have a theme the first year,” Daniel explained. “But mid-way through the year I started thinking that I had a lot of sunrise and sunset photos… the theme for this year kind of found itself. We’re going to be more directed toward a theme each year. Over the next few weeks or month or two Stephanie and I will start planning that for next year.”
And the couple already has the date for the third annual Fund for the Arts night set, thanks to Kennay Farm Distillery who will host the event again next year.
“We’ve already talked with them and have marked the calendar for Wednesday, Nov. 18, 2020 for next year’s event,” Stephanie said.
“We couldn’t be more grateful for the turnout and for the great job that Matt [Hart] did on the live auction,” Stephanie added. “He donated his time and did a wonderful job getting people engaged. Thank you to all who gave in so many different ways.”
For more information about the Fund for the Arts, visit rochellefoundation.org.

Still in need of donors