Touched by teen’s show of rememberance

By: Andrew Heiserman - Updated: 11 months ago

Legion honors Headon for her display of patriotism

ROCHELLE – For many high school girls, prom is a time for hoping their crush asks them to the dance, getting their hair and nails done and buying a brand-new dress. But for local teenager Aubrey Headon it was time to honor fallen troops by creating her own special patriotic prom dress.
“The red and white ribbons represent the 25 marines who were from the Third Battalion, 5th Marine Division and were killed over in Sangin, Afghanistan,” explained Headon, the creator of the dress. “And then there is also a ribbon in remembrance of Tyler Smith.”
Aubrey and her mother purchased a blue dress, had 926 Embroideries in downtown Rochelle create the ribbons with the names of the troops on them and then attached them to the dress with adhesive. Once the dress was completed, they posted a photo of it online and before the family could blink, news organizations across the country were calling to pick up the story.
“FOX News sent me a message asking if they could use the story, so I said sure. Then they asked if all of their affiliates could use it, and I really didn’t know what that meant,” explained Cass Headon, Aubrey’s mother. “Then all of a sudden there were people calling us from Arizona, DC, and even Secretary Rick Perry from Texas.”
Not only news organizations saw the photo posted online, but so did veterans groups and The American Legion Auxiliary. The American Legion Auxiliary saw the photo of the dress online and was very touched by Headon’s gesture. To honor her efforts, the American Legion had representatives from Lena traveled to Rochelle on Tuesday to present her with the good citizens award.
“I am so proud of her, she works hard for all of these things. If she wants to do something she will find a way to do it.”
Along with the good citizen award, Headon will be receiving a state award from the VFW this Friday in Springfield. In a week, she will also be receiving an award from the Daughters of the American Revolution. Along with the dress she created for prom, Headon also makes and sells shirts to help raise money for the Dark Horse lodge being built in Tennessee.
The Headon family has a long history of serving in the military, and honoring troops is very important to all members.
“They went over and fought for our freedom, I have three girls, two with disabilities, and my girls in another country wouldn’t be able to have the things that they have,” added Cass Headon.  “My dad and my father in law were in the marines during Vietnam, and then both grandpas were in the WWII Navy.”
Aubrey and two of her sisters recently graduated from Rochelle Township High School and she has plans to attend college at Carroll University in Wisconsin to earn a degree in exercise science and ultimately focus on physical therapy to work with wounded veterans. 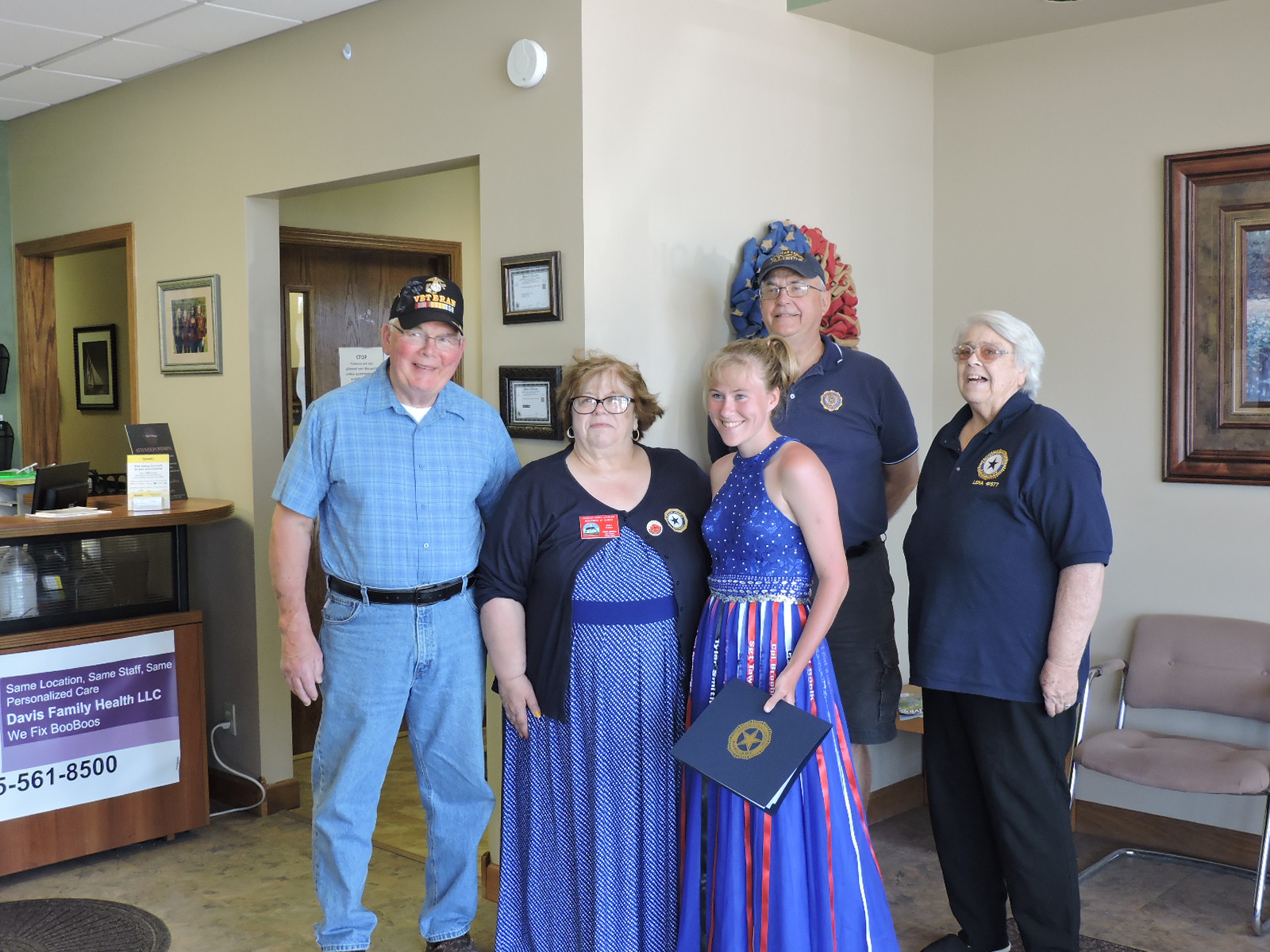