CRESTON — Dorothy’s Diamonds’ final trip of 2019 was to Maine, Nova Scotia, Prince Edward Island and New Brunswick.
The group toured Acadia National Park and Agamont Park in Downtown Bar Harbor and later enjoyed a lobster bake in Bar Harbor. They then proceeded on to Woodstock and Moncton, New Brunswick, taking in the beauty before moving on to Halifax, Peggy’s Cove, and Lunenburg in Nova Scotia, exploring the towns and their picturesque ocean scenery. 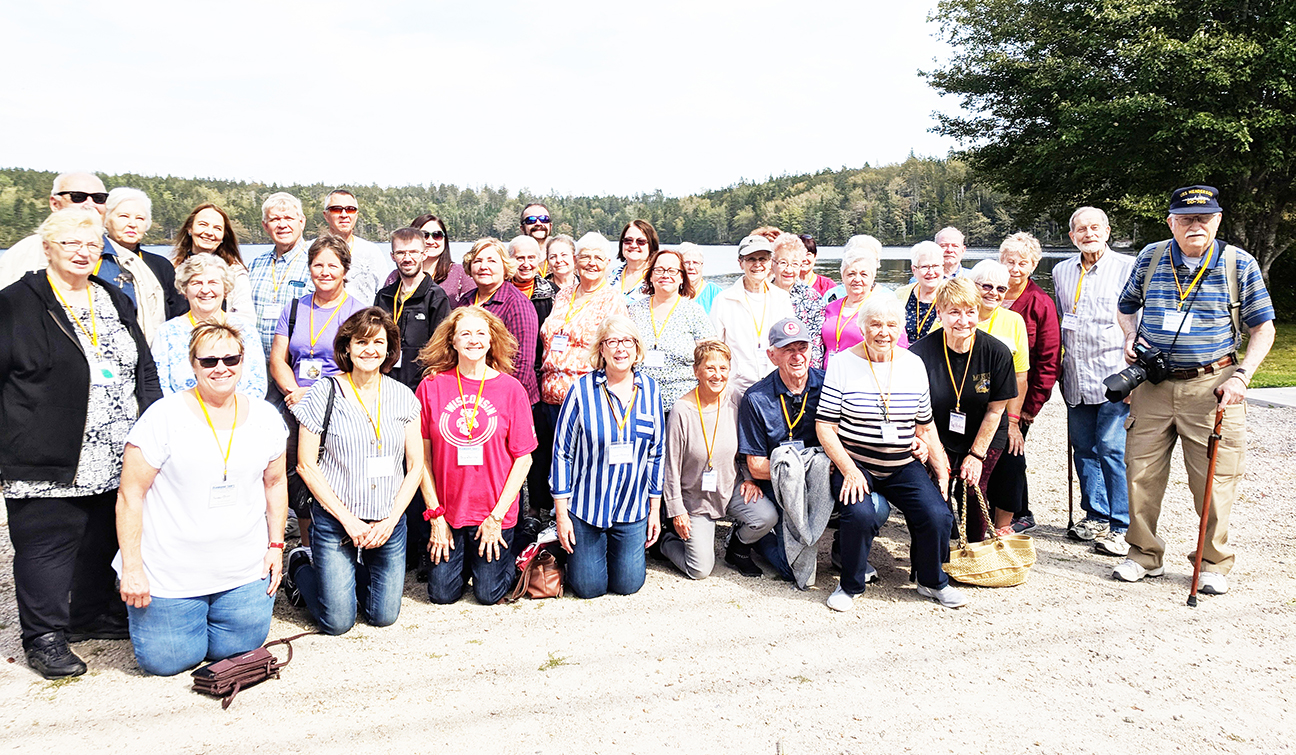 The group moved on to Charlottetown and had a guided tour of Prince Edward Island, stopping at Annie Green Gables home and taking in Hopewell Rocks Park in Hopewell Cape, New Brunswick and then Saint John Market Square in Saint John, New Brunswick, enjoying the tides, beautiful cruise ships, and shopping.
The next stop was at King’s Landing in Prince William, New Brunswick. That took a step back in time to the 70 historic buildings and the life of the 19th century. It is hard to describe the beauty that lies with the coast line of this much enjoyed trip.
Several local charities will enjoy the benefits from the 2019 trips as proceeds from the trips are donated by Dorothy Lockard.
Dorothy’s Diamonds will begin the 2020 season with a trip to Branson, Missouri, seeing several shows including “Noah” and also taking in Silver Dollar City. Lancaster and Philadelphia, Pennsylvania, the Grand Canyon and Las Vegas will be on the agenda as well.
For more information, contact Lockard at 815-384-5325.