By: Russell Hodges - Updated: 7 months ago

Senior hitter Katie Van Hise and sophomore hitter Sylvia Hasz were both awarded First-Team honors from the Interstate 8 Conference for their performances with the Lady Hubs this fall. Van Hise totaled a team-high 267 kills with 40 digs and 15 blocks, third most on the Lady Hubs.

Junior setter Clare Green took home an All-Conference Honorable Mention after leading Rochelle with 458 assists and finishing third on the Lady Hubs with 170 digs and 27 aces. The girls helped lead Rochelle to a 21-16 record and the school’s first-ever 20-win season. 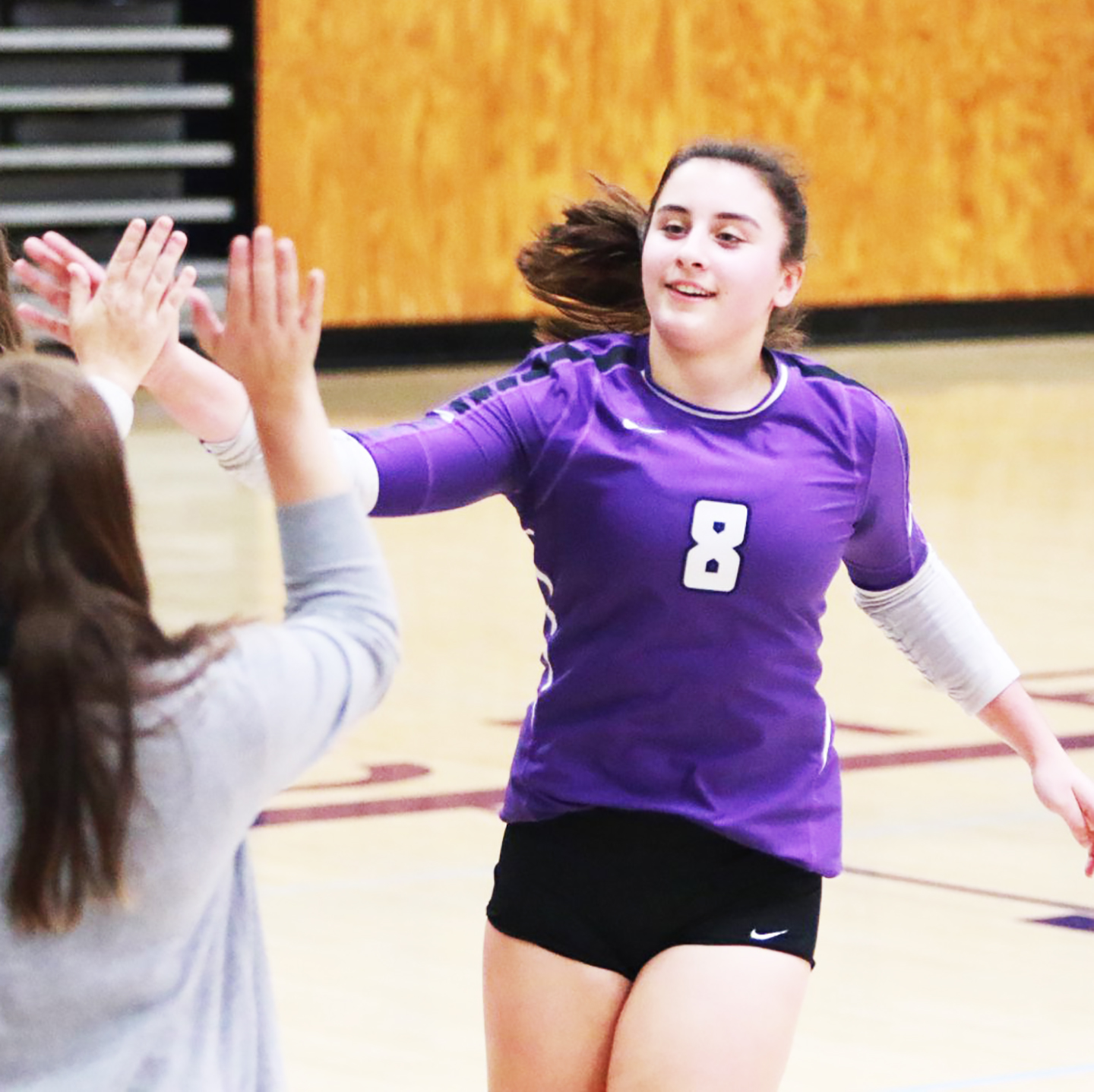 “It was really a huge honor and it’s something I’ve wanted to be for years,” Van Hise said. “It’s been one of my personal goals and it was really nice to be recognized. I feel like I really improved on putting the ball away and scoring points for my team. I’m going to miss playing with my friends and all of my teammates.”

Hasz showcased her versatility as a first-year varsity player this fall, recording a team-high 243 digs while finishing second on the Lady Hubs with 207 kills. The sophomore also led Rochelle with 35 aces this season, and she finished fourth on the team with 13 blocks. Her efforts warranted Most Valuable Player honors from the varsity program.

“It was really cool to be recognized and it’s a great accomplishment for me,” Hasz said. “I was striving for that the whole season. I know the game really well and I wanted to show leadership. I want to get better in all areas of the game, and I know I can work on my defense a lot more.”