ROCHELLE — Senior heavyweight Zack Capes literally swung the momentum in his favor when he battled Sycamore’s Zechariah Hollingsworth in the semifinal round of the Interstate 8 Conference Championships on Saturday.

Hollingworth got the better of Capes in Rochelle’s dual against Sycamore earlier this season, but the 285-pound Hub grappler was looking for revenge at the conference tournament. Despite trailing in the second period, Capes worked a big throw on Hollingsworth, putting him to the mat and ultimately pinning him to clinch a spot in the championship bout.

“I wrestled hard and I stayed in there,” Capes said. “I was a lot more cautious of the ties this time around. My coaches and I went over some ties in practice and I learned what I should and shouldn’t do. It felt great to get that win, and it really boosts my confidence.”

Capes placed second in the 285-pound bracket and was one of eight varsity wrestlers to medal for the Hubs on Saturday. Rochelle crowned two conference champions including sophomore Caleb Nadig, who fought hard for a 4-2 decision over Sandwich’s Evan Reilly in the title bout. Nadig (29-6) opened the day with an 11-3 major decision against Sycamore’s Nicholas Lockhart.

“It feels great,” Nadig said. “I took third in our conference tournament last season and I wanted to be a conference champion this season. I made sure to be prepared for this. I knew I was a better wrestler than [Reilly] and I knew I needed to stay in control. I needed to keep myself protected and score the points when I could.”

Junior Ben Harvey (34-2) brought home Rochelle’s second conference title, recording back-to-back pins against Morris grappler Drayden McKerrow and Ottawa’s Cedric Fairrow for the 182-pound title. Harvey, who topped Fairrow 6-3 in Rochelle’s dual with the Pirates earlier this season, said he was looking forward to the rematch for a couple of reasons.

“It’s nice to come out on top,” Harvey said. “We performed really well as a team today. I really wanted to dominate him. When I beat him the last time, he talked a little bit and that stuck with me… It was nice to go out there and get the job done.” 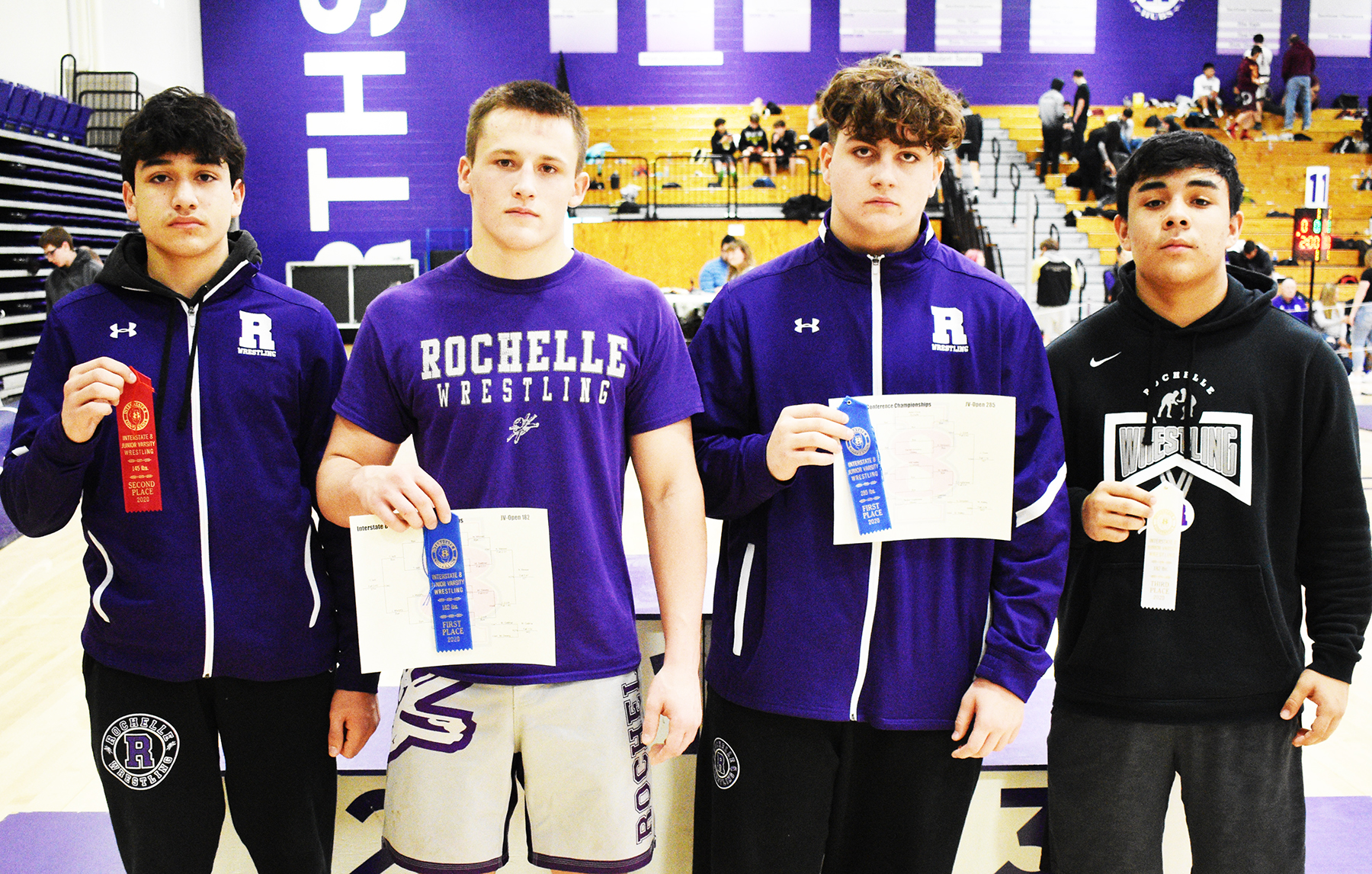