Jackson Norris went 0-2 in the 16U 126 Division and Kaiden Morris took second in the 16U 220 Division with a 2-1 record. Morris scored an 11-0 technical fall over Schaumburg’s Patryk Rokosz and won by fall over Hurricane Wrestling’s Lamar Bradley in the second round. Morris faced Toss Em Up’s Kai Calcutt for the championship crown, conceding a fall at the 3:06 mark. 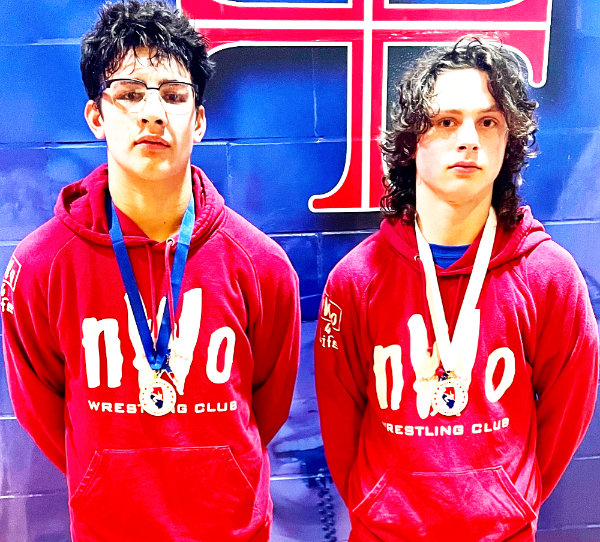 Brenden Voight took third in the 14U 149 Division with a 3-1 record. Voight opened with a fall over Callan Wrestling’s Tate Keith and a 10-4 decision over FWA’s Isaac Calientos. Voight conceded a 13-10 defeat against Alber Athletics wrestler Eli Larson before winning the third-place consolation bout with an 8-4 decision over Beat the Streets wrestler Sergio Calleros.

Phinehas Nadig won the 8U 70 Division with a 1-0 record, defeating SCN Youth Wrestling’s Alexander Teafoe with a fall at the 1:31 mark. Elijah Nadig finished 0-2 in the 12U 70 Division and Benjamin Nadig went 2-2 in the 14U 97 Division, recording a 10-0 technical fall over St. Charles Wrestling’s Logan Dilallo and a 10-2 decision over ISI Wrestling’s Kristian Declercq.

Joseph Nadig also finished 2-2 in the 16U 120 Division, scoring a 10-0 technical fall over Iguana Wrestling’s Vaughn Hochstatter and a 10-8 decision over Izzy Style’s Jack Palzet.