By: Russell Hodges - Updated: 1 week ago

ROCHELLE — The sophomore Hubs are on pace for over 20 wins this season, and a handful of them are already making their presence felt on the varsity basketball team.

Rochelle’s sophomore bunch continued its climb up the Interstate 8 Conference ladder this past week, defeating Plano 58-52 and moving to 19-5 overall and 7-3 in the conference. With only four conference games remaining in the regular season, the Hubs maintain sole possession of second place, and an Interstate 8 championship is still in sight.

“A lot of us have been playing since we started travel ball in fifth grade,” said 6-foot-4 sophomore Ryan Simmons. “Even though not all of us played at the middle school, we’ve bonded really well over time and that’s how we play well. My coaches want to me score as much as possible, and they want the most out of me… We have more guards on the varsity team, but a lot of the guys have been telling me to shoot more and be more aggressive.” 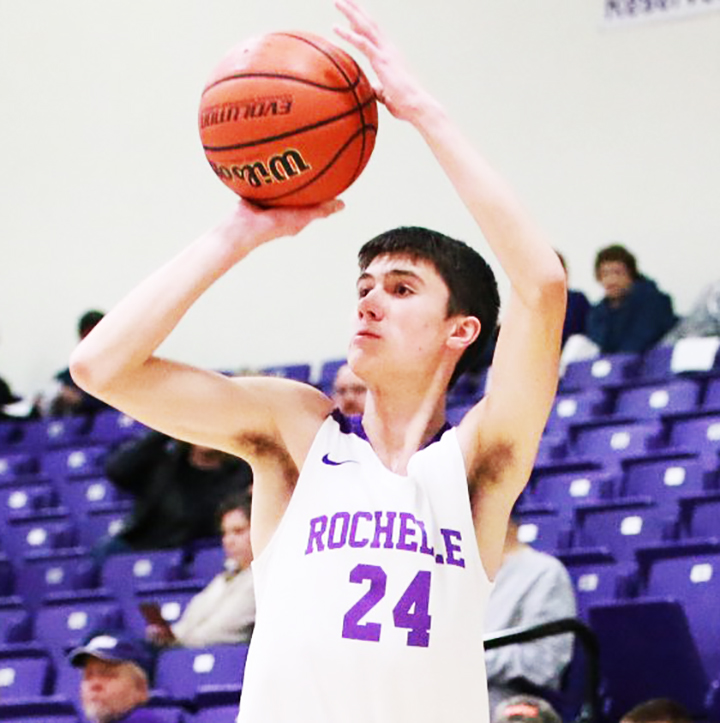 The sophomore Hubs started to realize their potential during the Plano Christmas Classic in December, when the purple and white brought home a fifth-place trophy in the JV tournament behind wins over Mendota, Aurora Central Catholic and Northridge Prep. Four sophomores have already cracked the varsity rotation including Simmons and 6-foot-3 forward Zach Sanford, who will be back on the floor after missing some time with an injury.

“We’ve been playing really well,” Sanford said. “We have good chemistry and we do a lot of things well… Our guards do a lot of the important things, and I’m down low and looking pretty until they get open and pass the ball to me. I definitely think our success on the sophomore team has helped prepare us for playing on the varsity team. My role is similar with the varsity team. I’m down low if they need me, and I can either kick the ball out or go up and score.”

While Simmons and Sanford have earned more prominent roles with the varsity group, sophomores Tanner Lager and Adam Kemp are receiving the chance to dress and work for minutes on the varsity team as well. Despite missing a few months with an injury, Lager dominated with 28 points in the sophomore team’s 58-48 win over Stillman Valley on Feb. 5 before chipping in seven points during the varsity team’s victory against the Cardinals. 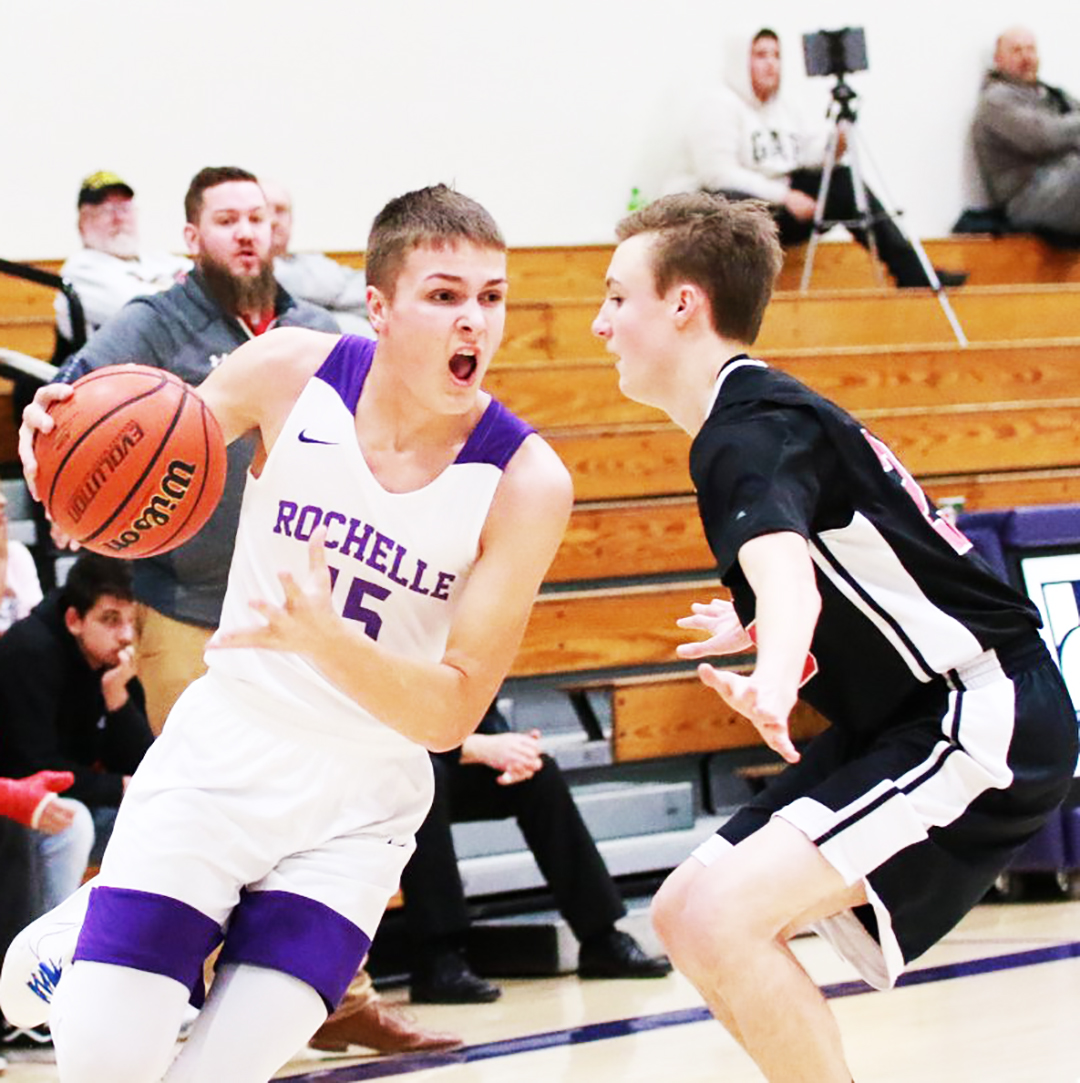 “We’ve had great team chemistry and we’ve been playing together for a long time,” Lager said. “I want to be a team player and I want to help everybody be where they should be. We compete with the varsity players a lot and we push each other to be better.”

Kemp played sparingly for the Hubs earlier in the season, with his breakout performance coming in the varsity team’s 80-45 blowout over Mendota on Jan. 4. Kemp entered off the bench, drilling a 3-pointer in the second quarter and earning props from head coach Tim Thompson for his effort diving for loose balls on defense. The win included a string of three straight triples from Simmons, who scored a season-high 12 varsity points in the game.

“We’ve gone through our ups and downs, but we play well as a team,” Kemp said. “I handle the ball a lot for the sophomore team, but my teammates really help me with that. A lot of us are capable of making shots. I’m there for the varsity team if I’m needed to make a shot. Winning games has been great, and it’s helped a lot of us get ready for having more roles next year.” 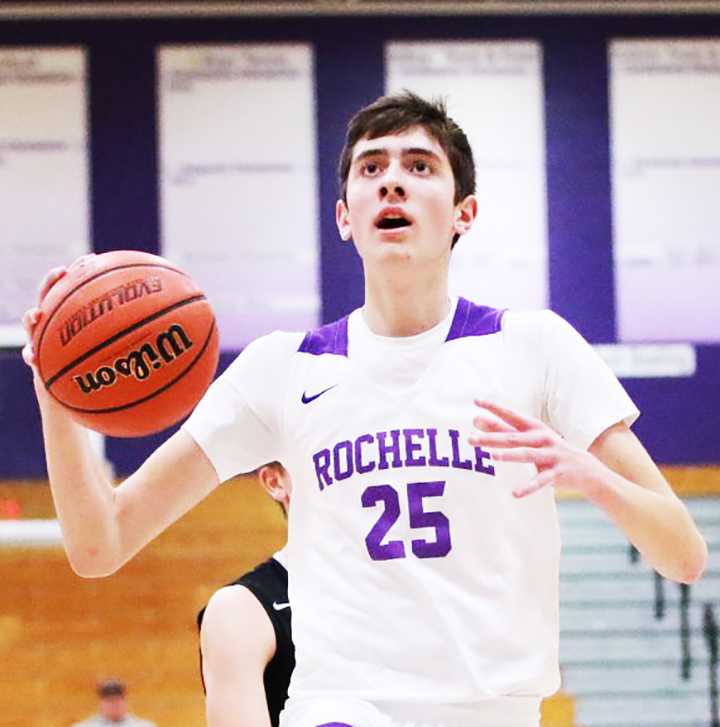