ROCHELLE — Mark Zilis was eager to take over the Rochelle cross country program this season, and the first-year head coach will have plenty of young talent to work with as both the Hubs and Lady Hubs look to build off a solid performance this fall.

The Rochelle girls reached sectionals for the second straight season this year, rallying behind lone senior Britney Baez and standout sophomore Sara Johnson. With only one senior graduating from the program, the Lady Hubs will have several runners returning including Johnson and fresh-soph racers Yuelma Ortiz, Ahtziri Zepeda, Emily Garcia and Morgan West.

The Lady Hubs showcased their young talent in the Interstate 8 Conference Championships, where the Rochelle fresh-soph team took second place. The girls finished fourth in the Byron Invitational and sixth in the IHSA 2A Regional this season. 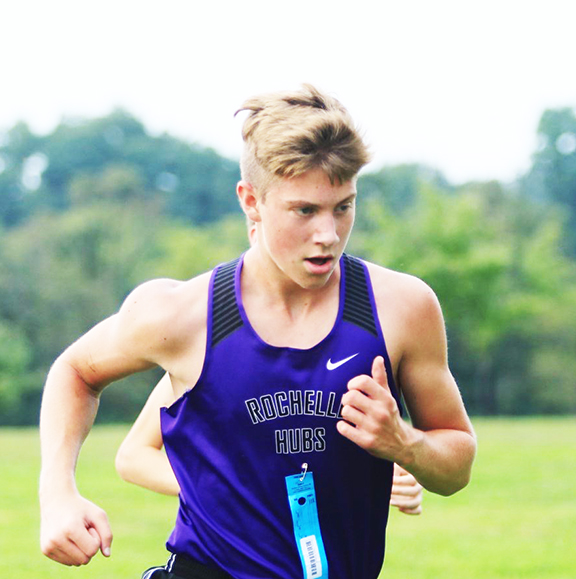 “Britney really led the way and set an example for the rest of the team,” Zilis said. “Sara ran so well this year and she was very competitive. All the girls improved during the season, and Yuelma went from running 25-minute races to 22-minute races. Ahtziri improved her PR by a couple of minutes and Morgan’s improved so much from her freshman year… I’m really looking forward to what the girls team will be able to do in the future.”

The Rochelle boys were the more experienced group this fall, placing second in the Byron Invitational, third in the Oregon 7 Person Invitational and fourth in both the Rochelle Invitational and Genoa-Kingston’s Matt Walter Invitational. Seniors Santi Cordoba and Tucker Louis led the way, while junior Aiden Seldal and fresh-soph runners Josue Huerta and David Wanner emerged as building blocks for the future.

“We have a lot of seniors who are graduating but we have runners like Aiden, Josue and David who are the future of our team,” Zilis said. “We have some really good incoming freshmen next year… I’m really optimistic about our future, even though we’ll be losing a lot of quality runners. We have some good kids coming back.”