By: Andrew Heiserman - Updated: 2 months ago

ROCHELLE – The early season snowstorm that hit the area on Halloween day may have kept some people off the road, but it did not keep families from trick-or-treating at local downtown businesses.
As the snowstorm was approaching and many other communities in the state began rescheduling trick-or-treating times to Friday or Saturday, local businesses were beginning to wonder if people would still come out during the downtown Trick-or-Treating times of 2 to 5 p.m. Thursday.
As the day went on and the trick-or-treating hours approached, lots of families began showing up to businesses dressed up in costume.
“It seemed like the weather was going to keep people away at first, but as it went on, tons of kids came out with their parents. Overall the turnout was really well,” said Naomi Baldwin, former president of the Downtown Rochelle Association and owner of Colonial Flowers.
Some business owners attributed the good turnout to the businesses and city putting out information ahead of time on their Facebook pages.
Along with putting information on social media, any business participating put a sign in their window to let the kids and their families know that there was candy waiting inside for them.
The city also put out a community-wide vote to see if they would rather have trick-or-treating rescheduled for another day, and the community did not hesitate to voice their opinion.
“When city hall put out the vote, more than 1,000 people in the community voted to keep it on Halloween,” added Baldwin.
This is an event that many of the downtown businesses look forward to each year, whether in the sunshine or the snow.
“It is always fun to see the kids all dressed up, and I saw a lot of cool costumes this year,” said Baldwin. 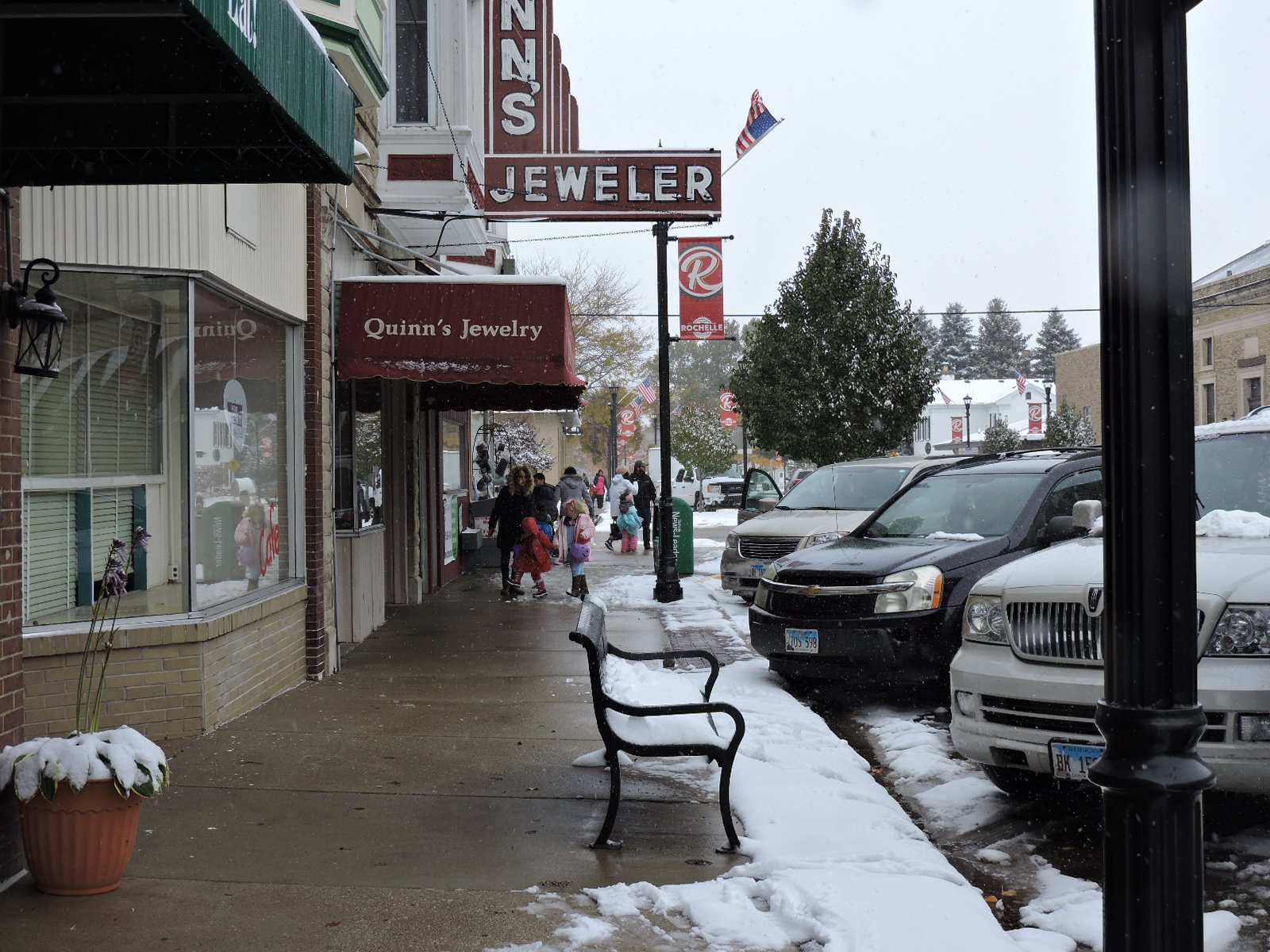